Jalandhar: Dal Khalsa has urged the Punjab and Haryana High Court to set up a “judicial commission” to probe a large cache of illegal weapons still lying with select serving policemen and the use of unlawful brigade known as “cats” by the security forces in the name of fighting militancy in the state.

The fresh demand by the Sikh group is seen in context with police investigation not moving beyond the arrest of cat-turned-cop Inderjeet Singh by anti-drug STF in a drug related case and recovery of illegal weapons including AK 47 rifle from his possession.

Party leader Kanwar Pal Singh said there were far too many skeletons in the cupboards of the high and mighty Punjab police. “The chief justice should take suo motto notice and hold a full-scale impartial public inquiry to reinforce people’s faith in democracy and rule of law”. “Our plea to the judiciary is part of our renewed attempt to revitalize respect for human rights in Punjab” said he. 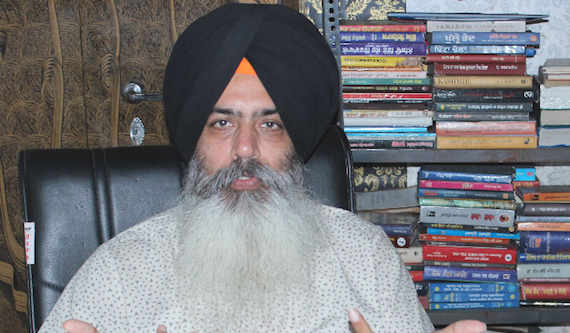 Defining “cats” as an extra-constitutional force raised by a select group of IPS officers to counter militancy by operating outside the ambit of law. Since they were immune to the law, most of them had engaged in crimes ranging from land grabbing to smuggling of narcotics, he said.

Terming the recent recovery of illegal arms from the lower rank officer a tip of the iceberg, spokesperson Kanwar Pal Singh said during the period of militancy, a huge cache of AK-47 rifles, besides ammunition and explosive material, were reported to be seized from the arrested militants. A section of the policemen concealed the weapons and never brought them on record, he alleged.

He quoted the news report about two missing AK-47 from Kartarpur police station. “The officer has revealed that the weapons were from cases filed in 1991 and 1993 and further said that they do not have records of such recoveries after 1997”.

Since the political leadership has been patronizing the illegal acts and deeds of the police, the only hope left is the judiciary, said he and added that they would write to the Chief Justice on the matter once the court would open in July after summer vacations”.

He recalled how even after admission of the former DGP SS Virk in the recent past about prevalence of the “cat culture” in Punjab, no court or the National Human Rights Commission came forward to take a notice of it.