Amritsar: The State Special Operations Cell of Punjab police have reportedly filed chargesheet in Nirankari Dera Blast case after the court of Additional Sessions Judge, Amritsar allowed a defence revision against the extension of custody period for 90 more days by Ilaqa Magistrate. The defence had argued that the magistrate did not have the power to extend the period of custody beyond 90 days. On 25 March the court of Sarabjit Singh Dhaliwal, Additional Session Judge (Amritsar) allowed the revision and scrapped the 90 days extension granted by the Ilaqa magistrate on February 13. 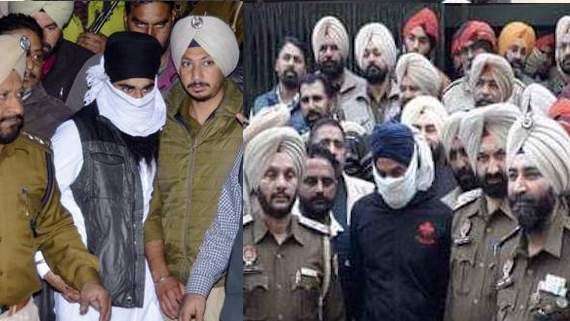 Defence lawyer Advocate Jaspal Singh Manjhpur told Sikh Siyasat News (SSN) over phone that the court order had eventually resulted in turning the custody of arrested persons, namely Bikramjeet Singh and Avtar Singh into ‘illegal’ as the law does not permit keeping an arrested person behind the bars beyond the period of 90 days without filing the chargesheet.

He said that the defence had sought bail from Ilaqa Magistrate under section 167 (2) of the Code of Criminal Procedure which grants the right to an arrested person to seek bail if chargesheet is not filed against him within specified legal time. The bail plea was dismissed by the Ilaqa Magistrate on 25 February 2019.

Advocate Jaspal Singh said that the defence has field revision against magistrate’s order in the court of Additional Sessions Judge who has issued a notice to the state and fixed April 3 as next date of hearing.

The police that had sought 90 days extension to prepare the chargesheet, was quick to file the same on March 26 after the extension was scrapped on March 25.

The chargesheet was filed directly in the court of Sarabjeet Singh Dhaliwal, additional sessions judge, who has issued production warrants to the Central Jail Amritsar to present Avtar Singh and Bikramjeet Singh on 8 April 2019.