Journalist were protesting against non-fulfilment of their demands. 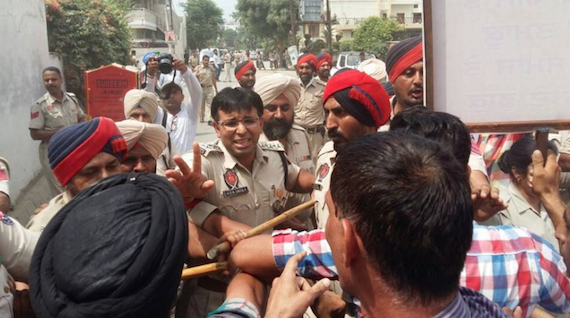 CPJA President Jasbir Singh Patti condemning the lathi Charge said that it was unwarranted since they were going to hand over the memorandum carrying the demand of working journalists.

In a statement Bikram Majithia said that the statement government would consider the demands of CPJA.

Gurpreet Ghuggi claimed that the Badals and their relatives have no respect for the democratic setup of the country. He said that the law and order situation in the state has gone from bad to worst in the present regime.