Moga, Punjab: The district police today resorted to lathicharge against the Sikh Sangat at village Buttar on Moga-Barnala road. As per information the Sikh sangat was holding a demonstration demanding action against persons involved in sacrilege Guru Granth Sahib at village Bargari near Kotkapura. 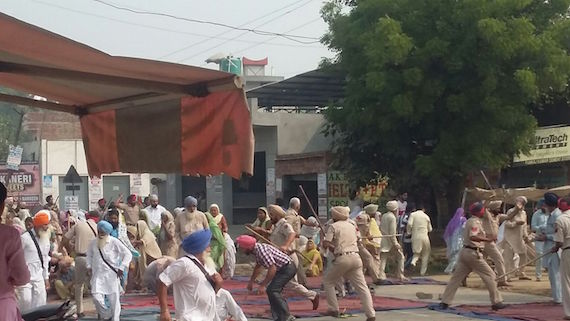 A view of police lathicharge on Sikh sangat

Eye witnesses told Sikh Siyasat News (SSN) over phone that the police tried to disperse the protesters by using force but the Sikh Sangat reacted sharply against the police action. This led to a clash between the police and the Sikh Sangat. Many members of the Sikh sangat and some police personnel sustained injuries in this clash. Some police vehicles also got damaged. 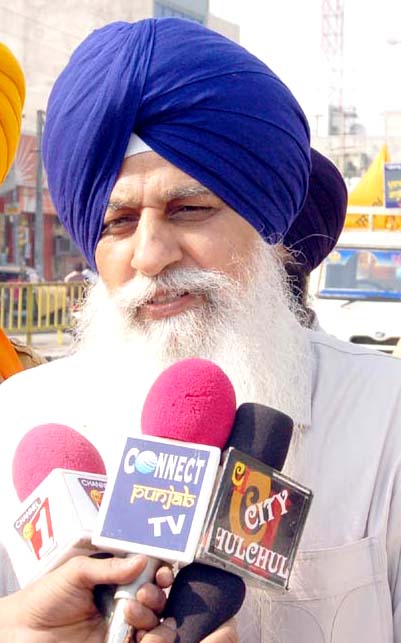 Police action against the Sikh sangat has invited strong criticism from various Sikh organisations, including the Dal Khalsa and Akali Dal Panch Pardhani.

Speaking on behalf of both the organisations which are under process of unifications, the Dal Khalsa chief Harcharanjit Singh Dhami criticised the Badal government.

He said that these incidents were an attempt by the Badal government to divert attention of the Sikh sangat that is outraged after Badal Dal influenced Jathedars to grant pardon to controversial dera Sirsa chief Gurmeet Ram Rahim.