Tarn Taran: Members of the special investigation team (SIT) formed to probe December 01 incident of in which a saroop of Guru Granth Sahib was burnt at Jodhpur village near Tarn Taran visited the spot on Saturday (Dec. 14).

The police had registered a case against 10 followers of the Divya Jyoti Jagriti Sansthan commonly called Noormehal Dera. Only 3 of them have been arrested so far. 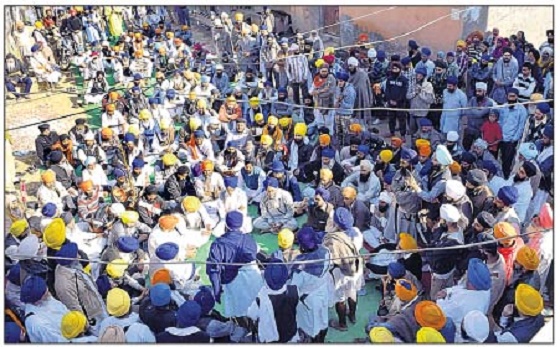 On October 28, 2014 Dera Noormehal followers attacked Sikhs at village Jodhpur near Tarn Taran and several Sikhs were injured in this attack.