Duo were presented before the court duty magistrate Insaan. The police alleged that they were “kingpin” in respective cases and demanded their custody for 8 days. 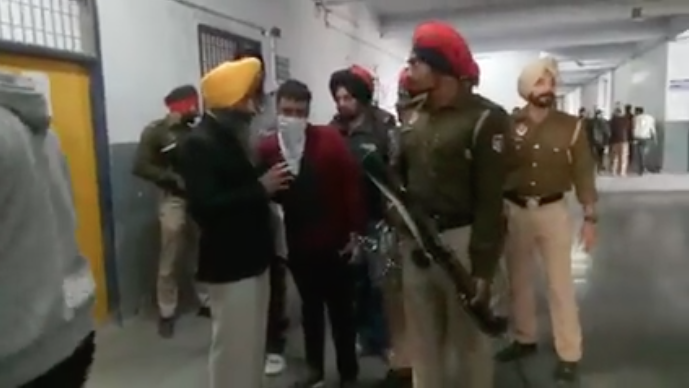 Advocate Jaspal Singh Manjhpur, who appeared as defence council for duo, strongly opposed the remand plea and argued that the area magistrate had sent Jaggi and Jimmy in police custody for 2 and 1 days respectively and there was no need to grant their further remand and that too for such a long period. He said that duo were not even in India when the incidents in both cases took place. After hearing both sides the magistrate sent both Jagtar Singh Jaggi and Jimmy Singh on police remand.

The defence council urged the magistrate to order daily legal access to his client. The plea was strongly opposed by the police who said that it was difficult to allow legal access to lawyer on daily basis as many times arrested persons are moved to some other place for investigation.

Advocate Jaspal Singh Manjhpur insisted that he should be granted legal access to his client on daily basis when they are placed under police custody.

The police then proposed that they could grant access to the lawyer once in 24 hours but Advo. Jaspal Singh Manjhpur argued that the police could propose unusual hours in order to avoid the legal meeting and the court should issue specific and clear directions for the timings of the meeting.

“After court directions I was given contact number of IO and the court told me that it will record the directions in writing also”, Advocate Jaspal Singh Manjhpur told Sikh Siyasat News over phone.