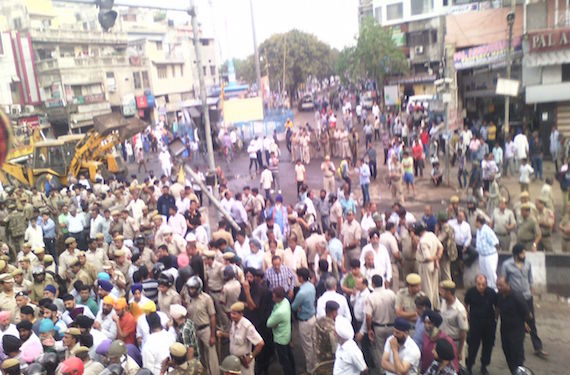 A view of the place of occurrence

Eyewitnesses told Sikh Siyasat News (SSN) over phone that many Sikhs were badly beaten up by the Delhi police before taking them into custody.

“The situation is very tense and heavy police force has surrounded the place. No body is being allowed to go to the place of incident where the Chhabil is being bulldozed. It seems as if an undeclared curfew is clamped in the area”, said a Delhi resident who was present near the place of occurrence.

READ THIS NEWS in PUNJABI: