Fatehgarh Sahib: Political overtones prevailed in conferences held at Fatehgarh Sahib during “Shaheedi Sabha” which marks the memory of martyrdom of Sahibzada Baba Zorawar Singh and Baba Fateh Singh. It appeared that as if the parties have reduced the Sabha to an opportunity to test their strength to attract the crowds and launch attack on political opponents.

Signalling the beginning of a fierce poll battle, the SAD (Badal) and the Congress launched an unsparing attack on each other. The Badal Dal labelled the Congress as “anti-Sikh” while the latter accused the Badals of bringing Punjab to ruin. 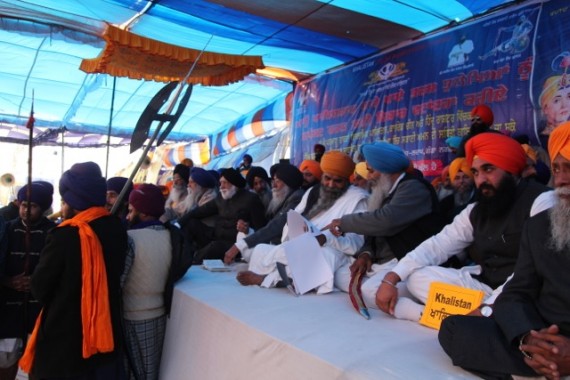 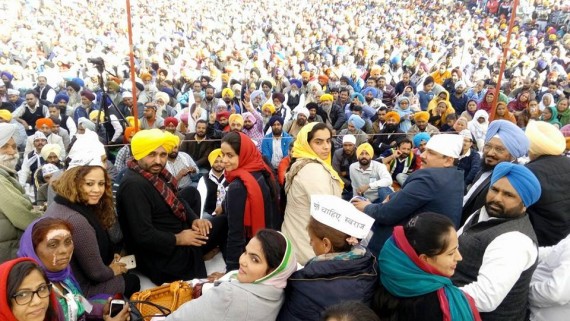 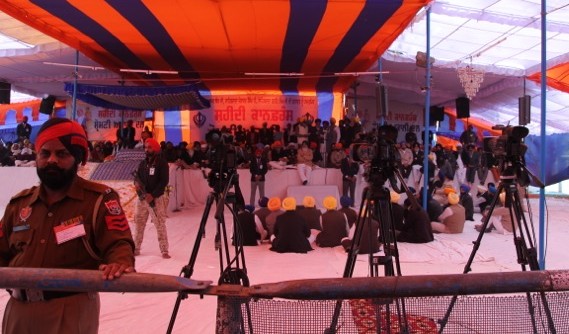 A view of stage at SAD Badal confernece 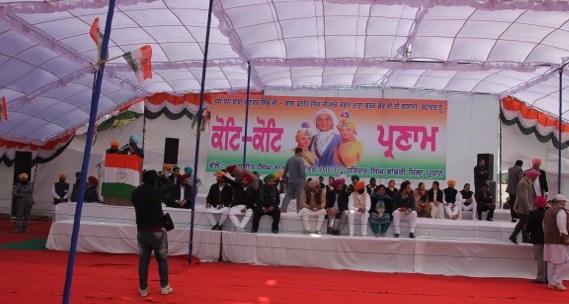 Interestingly both mainstream parties appeared to be dwelling on the Panthic agenda.

Pledging to fight corruption, AAP promised to put state minister Bikramjit Singh Majithia behind bars, if voted to power. Bhagwant Mann, Sangrur MP, alleged that the SAD and the Congress were engaged in a “friendly match”. Women leaders and volunteers were seen wearing AAP “caps” at the Aam Aadmi Party’s stage.

SAD (Amritsar), led by S. Simranjit Singh Mann, demanded Khalistan, release of jathedars appointed by the Sarbat Khalsa and arrest of policemen who had opened fire at Sikhs protesting against the recent incidents of sacrilege.

SAD (Mann) also announced to hold a meeting of Sikh bodies at Fatehgarh Sahib on January 1 to determine the next course of action to secure release of arrested Sikh leaders.

The BSP conference was addressed by Narinder Kashyap, MP, who alleged that atrocities on Dalits had increased in Badal regime.