Anandpur Sahib: Observing the auspicious occasion of Khalsa Sajna Divas, the Sikh Youth of Punjab (SYP) rededicated that none but the holy Granth Sahib was the perpetual Guru of the Sikh people.

“Today we were observing our National day. Though British suspended the political sovereignty of the Sikh people with the annexation of Punjab in 1849 yet we, the Sikhs, remain a Nation though subjugated. Sikhs having separate and distinct identity has been struggling to regain their lost glory and self-rule against all odds”. 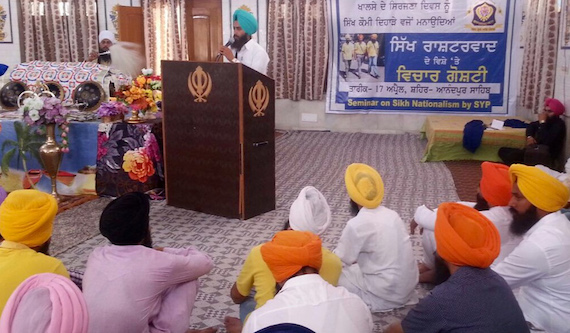 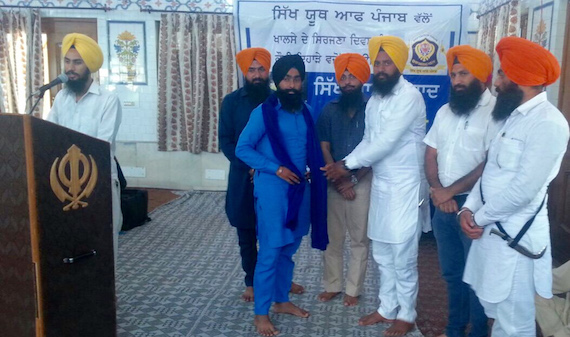 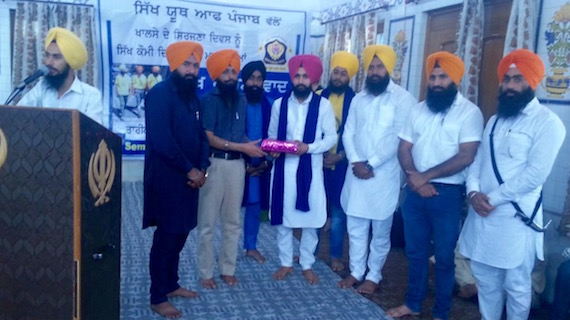 The resolution to this effect was passed at a seminar organized by the youth body of Dal Khalsa here on the subject of ‘Sikh Nationalism’. In another resolution homage and respect was paid to martyrs of faith who laid down their lives upholding the sanctity and respect of Guru Granth Sahib in the recent past.

Appreciating Canadian Prime Minister for offering apology to Kamagata Maru incident and observing Khalsa Sajna Divas in Canadian parliament, the youth body said in the current international atmosphere, when the Sikh identity was at the receiving end of hate crimes across the globe, Justin Trudeau’s gestures towards Sikh people would set an example for others to follow.

Slamming politicians from Badal to Amrinder to Kejriwal for visiting deras of heretical sects and cults in Punjab for electoral benefits, SYP head Paramjit Singh Tanda said the political patronization of pro-Indian mainstream parties to pseudo-saints and heretical cult’s encourages and emboldens them to undermine and challenge the fundamentals of Sikhism. “This act of pro-Indian political parties not only disturbs outcome of democratic process but also spoils peaceful atmosphere of Punjab”.

Organizer of today’s function Sukhwinder Singh Bharatgarh said as a matter of principle, Sikhs were not land-worshiper. They worship only Akal-Purakh. “If the ruling segment of the country wants to foist Hindutva brand of nationalism on people, let it be clear as daylight that we would resist these designs tooth and nail in Punjab”. Under no circumstances and no might could force the Sikhs to chant such so-called slogans. Our nationalistic credentials are not confined to geographical boundaries but transcend them as we owe allegiance only to Granth and Panth.

Senior activists of SYP Prabhjot Singh, Gurpreet Singh and Paramjit Singh Mand spoke on the occasion. Mand said Sikh nationalism and Hindutva radicalism was world apart. Our basis is One God and universal brotherhood. On the other hand Hindutva breeds and propagates hatred and parochial love for Bharat. Speakers said from university students to union leaders, from political dissenters to Kashmiri youth, everyone was at the receiving end under Narendra Modi rule.