New York: The decision by many Governments to release prisoners to slow the transmission of new coronavirus, was welcomed on Friday by the UN’s top rights official, Michelle Bachelet.

The development comes after an appeal last week from the High Commissioner for Human Rights to prevent “catastrophic” rates of infection, as the number of confirmed cases continues to rise worldwide.

To date, there have been more than a million confirmed cases and in excess of 50,000 people have died.

But on Friday, Ms. Bachelet’s spokesperson, Rupert Colville urged States to release “every person detained without sufficient legal basis, including political prisoners, and those detained for critical, dissenting views”. 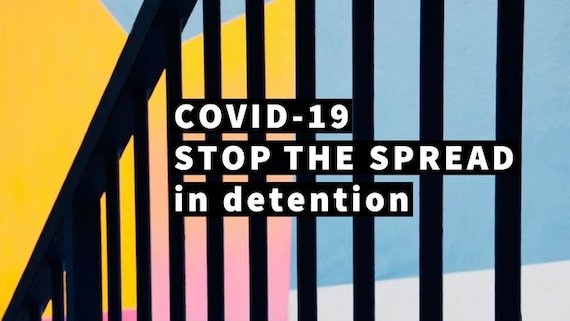 He added: “In countries that are doing very large prisoner releases, (they) have not been necessarily releasing those types of prisoners. And that includes Iran, they have released some, but not others, but Egypt hasn’t released hardly anyone yet.”

Mr Colville noted that Iran had increased releases to around 100,000 inmates – representing 40 percent of the entire prison population.

He also noted that Indonesia had announced that it would free 30,000 individuals convicted of minor crimes, including drug use, while Turkey is also understood to be considering a similar measure.

Concerns remain about Syrian detainees, however, where the Office of the High Commissioner for Human Rights (OHCHR) has described the situation in all official prisons and makeshift detention facilities as “alarming”.

Well before the COVID-19 outbreak, OHCHR warned of overcrowding in central prisons and in facilities run by the four Government security branches as the nine-year civil war still rages, and in the Sednaya military prison.

Previous reports from the UN office have highlighted deaths in these facilities, including as a result of torture and denial of medical care.

Vulnerable people detained in Syria include the elderly, women, children and many with underlying health conditions, OHCHR said – some of them as a result of ill-treatment and neglect, experienced while in detention.

“We urge the Syrian Government and the armed groups to take urgent action – following the example of other countries – to release sufficient numbers of detainees to prevent COVID-19 leading to yet more loss of life and misery after nine years of unrelenting death, destruction of the health system and displacement,” OHCHR said in a statement.

“We also call on all parties to allow humanitarian actors and medical teams unhindered access to prisons and other places of detention to check the conditions under which the detainees live and asses their needs.”

The OHCHR appeals also highlighted the need for sanctions that are “currently impeding the supply of medicines and medical equipment to any part of Syria” be suspended during the pandemic.

“If left in place unaltered, they will hamper the quick and effective healthcare response needed to prevent or contain the spread of the coronavirus, and could therefore contribute to significant loss of life,” the Office said.

It expressed concern too that parties to the conflict in Syria were continuing to use essential services such as access to water and electricity “as a weapon”.

Such action served to “endanger the lives of large populations at a time when access to water and sanitation are more important than ever to help people protect themselves against COVID-19”, OHCHR maintained.

According to the UN Office, countries have now released specific at-risk groups such as pregnant women, people with disabilities, elderly prisoners, those who are sick, minor and low-risk offenders, people nearing the end of their sentences and others who can safely be reintegrated into society.

“We continue to urge all countries to review who is being held and to take measures as soon as possible to ensure the physical distancing necessary to prevent the spread of COVID-19 becomes feasible,” OHCHR said.

Those convicted of serious crimes, or prisoners deemed a serious risk to others, “should only exceptionally be considered for temporary release from custody during the course of the pandemic” it explained.