Chandigarh: Joining issue with Deputy CM Sukhbir Singh Badal and Congress president Captain Amrinder Singh for giving the call to Punjabis to throw “topiwala” (referring to Delhi CM Arvind Kejriwal) out of the state as “outsider” can’t represent the state in true spirit, the Dal Khalsa said fear of defeat has forced both the “dastarwala” to speak the language that they earlier love to downplay by labelling it “provocative and dangerous for India’s so-called secular fabric”. 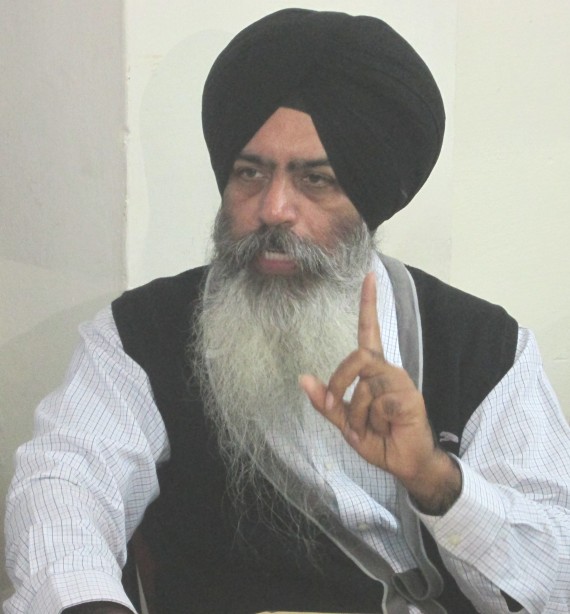 Party spokesperson Kanwar Pal Singh both thee leaders have displayed the height of opportunism at Maghi mela. “When we (dal Khalsa) started opposing the influx of immigrants in Punjab in 2003 and gave the slogan of “Punjab for Punjabi’s”, these leaders called it “parochial and short-sighted approach”. Politicians from entire spectrum and the media bay for our blood when we raised the vital issue of migrants being encouraged to settle in Punjab on the behest of  New Delhi’s design, he said.

Now, after reading the writing on the wall and sensing their defeat with the entrance of third player (AAP) in otherwise bipolar polity, Sukhbir and Amrinder have started playing the card of “native versus outsiders” for their vested interests.

Let me clear at the outset, for ours organization, ‘AAP, Congress and Akali-BJP’- all were feathers of the same flock. “We were least bothered who wins in 2017 as we firmly believes that elections won’t solve the Sikh problem nor change the Sikh position”, said he.

Stating that there’s a big difference in perception and intention between their opposing the rise in influx of immigrants and Sukhbir and Amrinder opposing the rising graph of Arvind Kejriwal among Punjabi’s, he said “Our opposition was in the interest of state of Punjab and to safeguard its demography, whereas theirs were personal and pure political “.

However, he clarified that theirs organization was not against immigrants coming to Punjab to earn bread & butter, but were concerned about their permanent settlement as it tends to disturb the demographic complexion of the state.

He reiterated that the Punjab government should formulate laws to ensure that at least 80 percent of jobs are reserved for Punjabis in the state.We are serious as we believe that the influx of migrants has had a serious socio-economic-cultural ramification on Sikhs in particular and Punjab in general.