New Delhi: As per the media reports India’s National Investigating Agency (NIA) has summoned Officer on Special duty to Nagaland chief minister and two other officials from CM’s office for questioning in connection to alleged funding case.

The case pertains to alleged extortion by groups such as NSCN (K), NSCN (IM) and Naga National Council from at least 14 government departments. Coming days ahead of the elections in Nagaland, which Naga groups had asked political parties to boycott unless the peace accord is signed, this development has set off a political firestorm. 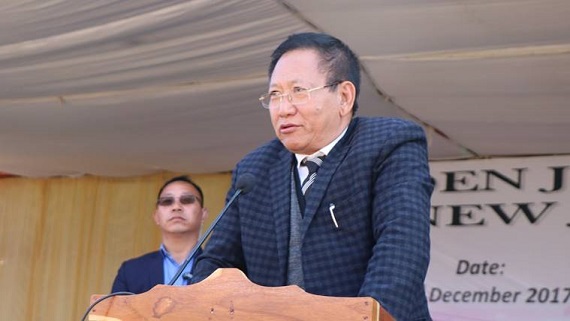 The BJP and the NPF are the ruling coalitions in the state with two BJP ministers still part of the Cabinet.

Incidentally, Zeliang took over as CM from Neiphiu Rio when both were in the Nagaland People’s Front (NPF), after the latter went to the Lok Sabha as an MP from Nagaland in 2014. The BJP had been in alliance with the NPF for almost 15 years.

The BJP and the NPF are the ruling coalition in the state with two BJP ministers still part of the Cabinet. Infighting within the NPF meant that Rio broke away and formed the Nationalist Democratic Progressive Party (NDPP). The BJP, too, ended its alliance with NPF last week and formed a pre-poll alliance with the NDPP. While the BJP is contesting 20 seats, the NDPP is contesting the other 40. Rio was elected unopposed on Monday after his one and only opponent NPF’s Chupfuo Angami withdrew his nomination.

Those summoned by the NIA include Ruokuovizo Chupno, OSD to CM Zeliang, and two public relations officers in his office.  The statement of  Sebastian Zumvu, press secretary of the NPF published in an English vernacular reads: “The NIA action isn’t surprising…Since they (BJP) are no longer in coalition with us for the elections, this is what they are doing. The NIA is a Central agency and it would be fair for them to enquire into large money withdrawals by BJP candidates and their families from banks just before the elections.”

On January 18, 2017, the NIA conducted searches in various government departments in Nagaland and seized receipts that showed payments to the tune of Rs 2 crore.

In an official statement, the NIA has reportedly said that “These seizures prima facie indicate the connivance of these government organisations in funding various underground organisations operating in Nagaland.”

The agency took over the investigation and arrested one more accused, identified as Victo Swu, alias V K Sumi, on September 28, 2016 from Kohima. Multiple arrests have been made since then.