Parminder Singh was driving across the country with his family. As he parked his truck near Knoxville in Tennessee, some White men approached him in the parking lot. They seemed angry and their anger was directed at him. “Why did you come here?” they shouted. “Go back to where you came from.” 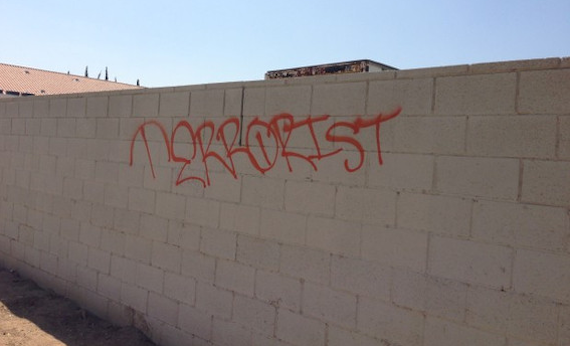 This type of incident, unfortunately, is something many Sikh Americans in the United States have experienced at some point over the past 15 years, says Singh. Since 9/11, Islamophobia has escalated, and given that many Sikhs keep long beards and wear turbans they are sometimes mistaken for Muslims and targeted. In fact, people even mistake gurudwaras for mosques at times: for example, a gurudwara in Buena Park, California, was vandalized days after the San Bernardino shooting. Graffiti sprayed on the walls included the word “Islahm” [sic] and an expletive directed at ISIS. In the past two months, the number of legal intakes the Sikh Coalition has processed has increased threefold.

However, these attacks almost never get reported. Looking to end the silence on hate crimes, a new resource known as Report Hate will address harassment and racism directed at Sikhs, who number around 1 million in the US.

Arjun Singh, director of law & policy explains how this new tool will combat hate crimes against Sikhs in the US. Excerpts

A The data will allow us to better understand where and how Sikhs are being targeted. We will then use the data to better target our outreach efforts to law enforcement, lawmakers and educators.

Q Do you ensure safety of the members from your community or immediate assistance to them once they have reported a hate crime?

A Report Hate is not a source of legal advice. However, if a community member reports an incident that appears to be a hate crime, we immediately follow up with them.

Q How will law enforcement be involved?

A We intend to share the data with federal authorities so that they too have a better understanding of the challenges facing Sikh Americans and can appropriately target their outreach efforts to states and localities.

Q How many cases have been reported so far?

A We have received four reports and are analyzing and aggregating the data.

Q Prior to this web tool, were there many hate crimes against Sikhs reported after San Bernardino?

Q Do you plan to offer this assistance to members from other targeted communities as well?

A The Sikh Coalition only provides legal counsel to Sikh Americans. However, Report Hate is available to all Americans who experience hate or hate violence.

Note: Above write-up was originally published in Huffington Post under title: “Post Spike In Hate Crimes, US Sikh Community Launches New Tool To Report Incidents” by “Uzair Hasan Rizvi” at source url: “http://www.huffingtonpost.in/uzair-hasan-rizvi/sikh-community-in-the-uni_b_9297602.html“. It is reproduced as above for the information of readers of the Sikh Siyasat News.