Premier Modi Responsible for ‘Terrorism’ Against his own Countrymen: Simranjit Singh Mann

“Narendra Modi as Chief Minister of Gujrat in 2002 had over 2000 innocent Muslims massacred in cold blood by his RSS goons. During these massacres Mr. Modi had Muslim women raped publicly and had these gory seems video-graphed”, said Simranjit Singh Mann in a written statement (copy available with SSN). 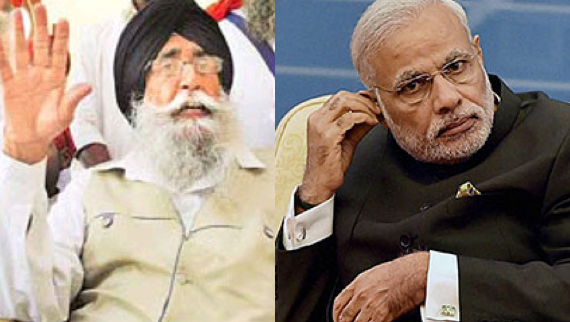 “Later on in the same capacity of Chief Minister of Gurjat Narendra Modi confiscated legally held farmlands of 60,000 Sikh farmers, rendering them landless and homeless. Dishevel misdeed he did in 2013′, he added.

“All along Mr. Modi has had a criminal and evil mind. For the last five years Mr. Modi has Prime Minister has created terror against the Kashmiri Muslims, having them executed in extra judicial murders. Similarly Premier Modi has committed crimes against humanity in states of Chhattisgarh, Jharkhand, Maharashtra, killing Tribal’s or Aborigines by his security forces”.