Amritsar: The organizers of the Sarbat Khalsa samagam today began an Akhand Paath Sahib at the house of S. Ram Singh at village Chabba on Mandiala road. Notably the samagam is to be held on Nov. 10 at a place known as “Babbran Di Behek” at Chabba village. The venue is about four kilometers from Gurdwara Baba Naudh Singh, which is located at Amritsar Tarn Taran Road.

A team of the Sikh Siyasat News (SSN) visited the venue this evening. The organizers have covered the stage with a water-proof tent. The sitting ground for the Sikh sangat is being prepared in about 3 acres. There would be special arrangement for vehicles parking and for the langar.

The road leading to the venue is a link road leading to Mandiala which may lead to traffic issue. Organizers of the samagam told the Sikh Siyasat News (SSN) that the venue was selected after taking into care the factor that the government may pressurise any other landowner to stop the samgam. 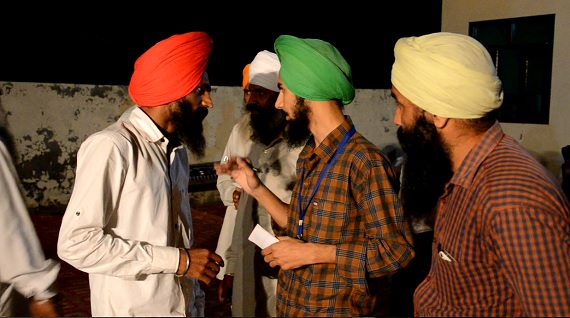 The SSN team also noticed police deployment on the origin of the link road leading to the venue. Central forces, including Riot Prevention Force (RPF) has been deployed at various places in Amritsar.

As per information the government has directed transporters to not to supply buses to the organizers of the event. Notably many SIkh groups have also decided to keep distance from the samagam in wake of their differences over name, venue and mode of conducting the samagam. 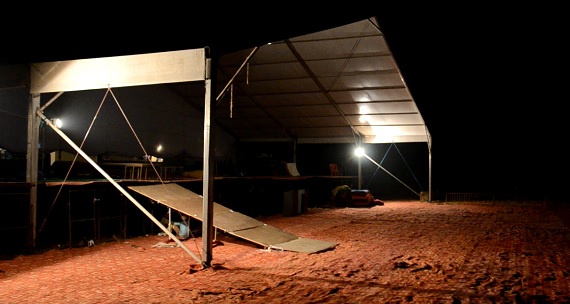 A view of the venue

Sikh bodies, the Dal Khalsa and the Akali Dal Panch Pardhani, today criticised the Punjab government for it’s attempts terrorise the people in order to prevent their participation in the samagam. They said that the 10 November samagam was not anti-Panthic as claimed by the Shiromani Akali Dal (Badal).

Respecting people’s aspirations and sentiments, we would take part in the congregation as Sangat (humble Sikh) without involving ourselves in the decision making process, said Bhai Daljit Singh patron of SAD Panj Pardani. Dal Khalsa head H S Dhami said our disagreements with organizers is purely on principle grounds. We would keep keen watch on the developments and decide and comment about the proposed decisions and resolutions after the event.