Amritsar/ Chandigarh: Two pro-freedom Sikh bodies, the Dal Khalsa and the Akali Dal Panch Pardhani, recently announced to dismantle their existing structures in order to organise under one banner and common constitution to pursue their struggle for Khalistan. Leaders of both organisations signed a document of understanding at Amritsar on September 16.

The move has been welcomed by supporters and sympathisers of the Sikh struggle for freedom. 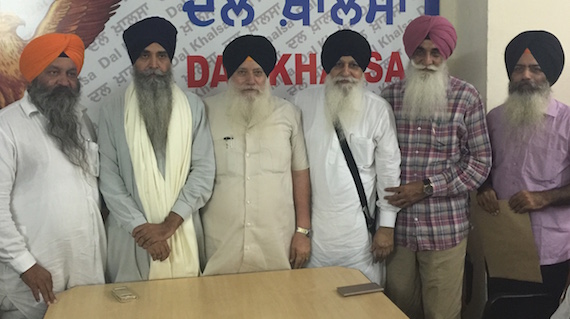 Various diaspora sections have welcomed the move saying that it would provide strength to the struggle for establishment of the sovereign Sikh state.

The announcement has also received warm response from netizens, as sympathisers of the Sikh cause have openly welcomed the move over social media.

As the leadership of now dissolved Dal Khalsa and Akali Dal Panch Pardhani are yet to come up with their new party name and refined strategy it remains to be seen that what plans the united leadership of the two groups has to strengthen their struggle.