Amritsar: Seeking his intervention to uphold the liberty of the Sikhs, Kashmiris and other struggling peoples, the Dal Khalsa has urged the visiting French president Francois Hollande to impress upon the Indian leadership to explore possibilities of amending India’s constitution to give restless Indians of various nationalities and regional identities the right to self-determination. The organization has also urged the President to take positive decision to allow the Sikh children in France to wear a turban in schools and adult Sikhs to wear the same for identity card purposes.

Hours before the French President landed on Punjab soil to preside over the country’s republic day functions in Delhi on Jan 26, the Dal Khalsa shot off a memorandum to him informing that for the Sikhs and other minority peoples, this was a day of deceit and assimilation as Indian leadership backed off from all its promises and subsumed their “exclusive national identity and aspirations” under the jackboots of Indian imperialism. Releasing to the media, the organization highlighted in its letter that since last 4 decades, Sikhs were struggling to regain Punjab’s sovereignty through right to self-determination. 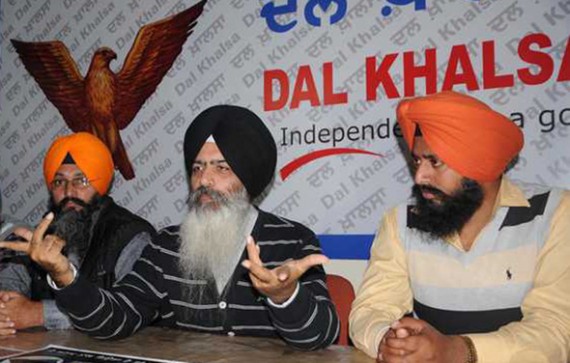 Welcoming him to Chandigarh the capital of Punjab, the organization stated that it’s their firm belief that in this day and age there is a crying need to reopen historic Sikh-French relationship. Dal Khalsa communiqué addressed to French president was e-mailed to French Ambassador in India on Saturday afternoon. It was released to media here on Sunday.

Sharing their perspective on Indo-French ties and the status of Sikhs and other nationalities in the Indian sub-continent, the letter reads that undoubtedly, the changing geo-political situation in South Asia and the emerging economic and commercial market of land of the millions –India has prompted a sea-change in the perspective of western powers on this country and its present leadership.

Elaborating further, the Dal Khalsa spokesman Kanwar Pal Singh said “your visit to India is in direction to discuss nuclear cooperation, terror and climate change as reported in the media”. Cautioning the visiting dignitary, he however, said sidelining human rights and political rights for commercial interests was a major cause of concern not only for Sikhs but all ethnic minorities that once banked upon the support of western powers including the France.