Amritsar, Punjab: Pro- Sikh Freedom groups today observed the martyrdom day of Bhai Dilawar Singh, who laid his life to execute the then Punjab CM Beant Singh on 31 August 23 years ago and vowed to carry on the mission of martyrs.

Punjab CM Beant Singh has unleashed the region of terror on civilian Sikh population of Punjab. Secret arrests, custodial torture, extra-judicial killings, fake encounters and enforced disappearances of Sikhs had become a common policing practise during the days of Beant Singh’s rule therefore the Sikhs executed by Sikhs out of existential concerns on August 31, 1995.

Bhai Dilawar Singh who had laid his life to execute Beant Singh was bestowed with the title of “great martyr” 7 years ago by the Akal Takht Sahib. 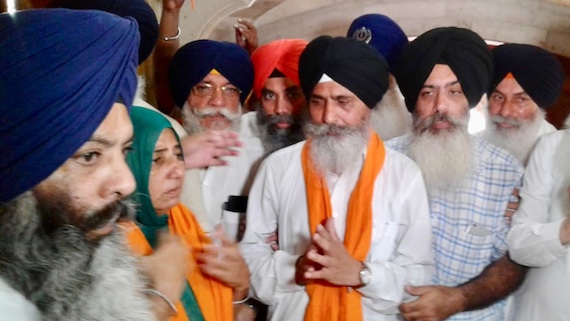 SGPC’s functionaries attended the samagam and bestowed the Siropa to Dilawar Singh’s brother Chamkaur Singh and his wife and daughter. The bhog of Akandh Path was performed and a simple ceremony was held on the first floor of the Akal Takhat. 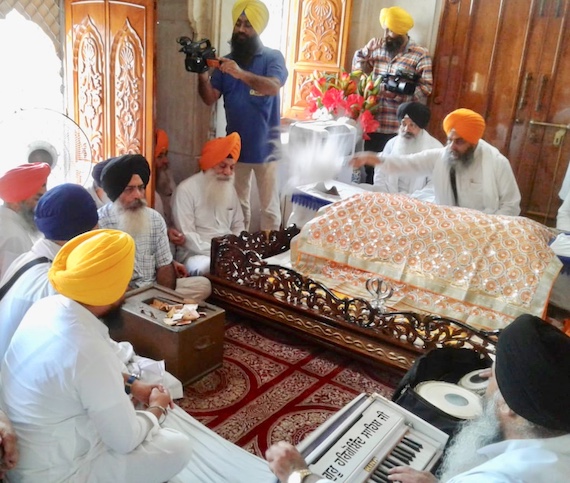 The message of parallel Jathedar Jagtar Singh Hawara who is presently serving life sentence in Tihar jail in the same case was read by Gurcharan Singh Patiala. He also read the message of Babbar Khalsa chief Bhai Wadhawa Singh Babbar, who owned up the killing of late Beant Singh.

Paying rich tributes to his fellow colleague, Hawara stressed on the need for Panthic unity to accomplish the mission for which martyrs like Dilawar Singh have sacrificed their lives. He appealed to various Sikh groups active in Panthic field to stop indulging in internecine feud and clashes among each other as it was detrimental to the cause of the martyrs.

Dal Khalsa spokesperson Kanwar Pal Singh while talking to media said the assassination of Punjab CM was last resort to restore Sikh human rights as killings of Sikh youth became the order of the day under his regime. Akal Federation head Narien Singh eulogised the contribution of the Dilawar Singh for the cause of Sikh independence.