Chandigarh: In a statement issued by state run Chinese media it has said that rising Hindutva  has hijacked Indian Prime Minister Narendra Modi’s China policy and could lead the two countries to war, and may further seriously ‘jeopardise’ India’s own strategic interests. 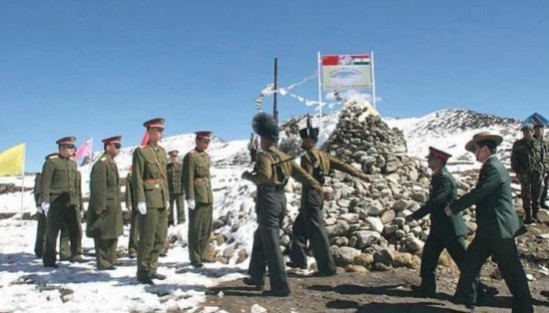 In its latest statement  in the series of strong rhetoric amid persisting military stand off between the two countries   the Chinese media again reminded  that ”New Delhi  is “weaker” than China in “national strength” but Indian politicians have failed to grasp that reality.”

They further reminded the  Modi government about its failure to curb Hindutva violence against Muslims since this government came to power in 2014.

Furthermore, the Chinese media in its article has strongly maintained that  the current standoff was planned and executed to cater to Pro- Hindutva  sentiments.

Indian PM Modi rode a wave of rising Hindutva to power in 2014 and is now pandering to the sentiments through its “strong” policies against China and Pakistan, reads the quote from the article published in a Chinese tabloid.

“The election of Indian PM Narendra Modi has fueled the country’s nationalist sentiments. Modi took advantage of rising Hindu nationalism to come to power. This, on one hand, has enhanced his prestige and ability to control the country, but on the other, has made India more subject to the influence of conservatives, thus hampering reform,” notes the analytical article.

“In diplomacy, New Delhi is demanded to act tougher in foreign relations, especially toward countries like Pakistan and China. The border row this time is an action targeted at China that caters to the demand of India’s religious nationalists,” the analysis further said.

Targeting Muslims has been part of the rising religious nationalism, it adds.

Random thrashing of Muslim youths throughout India and lynching Muslims and Dalits on the pretext of Cow slaughter or cattle smuggling by so called Gau Rakshaks (Cow Vigilantes) are some of the examples given to substantiate the findings of the above written article.

“The Modi government can do nothing if Hindutva becomes extreme, as shown in its failure to curb violent incidents against Muslims since he came to power in 2014,” reads the quote of the article published in Global Times.

“Since India’s defeat in the Sino-Indian War of 1962, some Indians have been stuck in a zero-sum mentality in dealing with China. The war inflicted lingering pain on India and it became a hard knot to untie, leading to an ingrained suspicion of Chinese strategy. China’s development is seen as a misfortune to India. The faster China grows, the more fearful they are,” the article said.

“India harbors deep strategic suspicion toward China. It considers China as a rival and a potential enemy. For a long time, it has hyped that China is pursuing what is called the ‘String of Pearls’ to encircle India. Despite China’s goodwill in inviting India to join the Belt and Road initiative, India insists on interpreting the project as a part of China’s strategic containment and encirclement of it,” notes the Global Times.

Beijing wants India to withdraw its troops from Donglang before the two sides can open talks. New Delhi claims that the road, if built, will have serious security implications for India.