Brampton: At least eight persons are under investigation by Canadian police for threatening Sikh activists with a hand gun on August 15. The incident kept under the carpet so far by the police and media, took place at a plaza in Brampton city where Sikh activists were gathering to board transport for joining a protest outside Indian Consulate’s office in Toronto.

Local Sikh activists, who know the first hand details of the incident, told Sikh Siyasat News (SSN) that around eight persons came in two vehicles. Two of them were middle aged while six were youth. Indian flag was attached on their vehicle and some of them were wearing T-Shirts akin to uniform of Indian cricket team. These persons were also carrying arms in their vehicle. 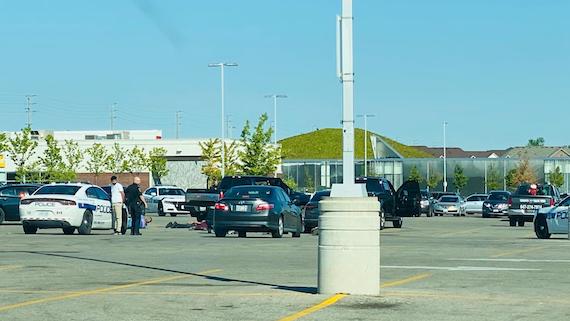 “There was a hand gun and another arm on one of the dashboard of one of the vehicles”, a Sikh activist from Brampton told Sikh Siyasat News (SSN) over phone.

Sikh activist allege that these pro-India people also threatened some youngsters and told them to not to join the protest called by Sikhs on August 15, which is marked by the Indian state as ‘Independence Day’.

The pro-India people were taken into custody by the police.

Though the police have not released any official statement in this regard, unofficial sources said that one of these persons is sent to home but he, along with others, remain under investigation.

On #15August at least eight persons who came in vehicles carring #Indian flag were taken into custody by #Brampton police. These persons were carring handgun & had allegedly threatened #Sikh activists who were to protest outside Indian consulate that day- https://t.co/8SynG57Kqx pic.twitter.com/xDD0yKnMXs