Hisar, Haryana: The investigations into Hondh Chillar genocidal massacre of the Sikhs in November 1984 were reportedly stopped as the term of the Garg Commission constituted after 27 years of the massacre has expired.  The extended term of Garg commission reportedly expired on 30 September, 2014; as a result the probe that was being conducted in a Hisar court was stopped with immediate effect.

Hondh Chillar massacre was part of the Sikh Genocide 1984 in which a small Sikh village named Hondh Chillar (near Rewari) in Haryana was completely destroyed. 32 Sikhs, which formed the half Sikh population of this village, were killed on November 02, 1984 while survivors were permanently displaced. 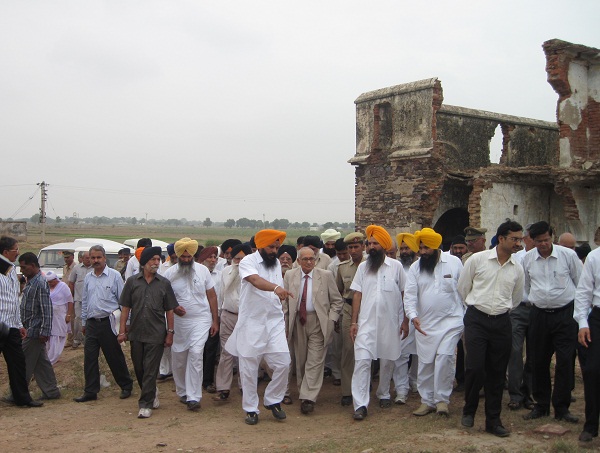 The massacres remained hidden for almost 25 years and it came into light only when a Sikh engineer discovered the remains of Hondh Chillar village.

Under pressure from various Sikh circles the Haryana government appointed a single commission comprising Former Justice T. P. Garg, in March 2011. The commission was to submit it’s report within 6 months. But the commission did not conclude it’s proceedings with in granted time and asked for extensions from time to time. The validity of Commission was extended 5 times, each time for 6 months.

Hondh Chillar massacre coordination committee has slammed the Indian authorities for denying justice to the victims and survivors of the Hondh Chillar Massacre.

It is notable that Sikhs were subjected to genocidal massacres throughout India during November 1984. The Sikh Genocide 1984 was perpetrated and carried by high ups in Congress party as well as the Indian state and administration. During past 30 years were marred by blind-fold impunity and the perpetrators of the genocide were awarded high political posts in India.