Dr. Jasdev Rai who had met Indian Prime Minister Narendra Modi during his visit to UK last December said that he recently met with India’s National Security Advisor (NSA) Ajit Doval in Delhi as a followup of his UK meeting. He claims that Ajit Doval ensured him that the process of release of 42 Sikh Political Prisoners is underway and they will be released soon. 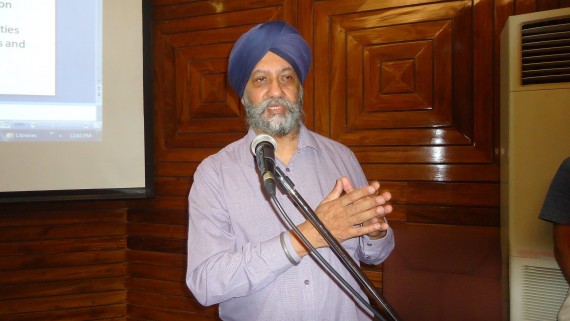 Dr. Jasdev Rai said that Ajit Doval told him that he had instructed embassies across the world, especially in Europe, to take down the local black lists of Sikhs, while those on the lists made by central agencies of India were being taken down as soon as possible.

“The Indian government is going through these lists, reviewing them and taking them down” Dr. Rai claimed.

Lal Singh, who has been on parole 24 times (in custody since 1992), is also a high-priority case, Dr. Jasdev Rai said, and added that other cases were also discussed during the talks with Doval.

“It is hoped that the next meeting will be soon after the release of Bhullar,” Rai said.

Chair of SHRG said he would discuss with other Sikh organisations and set up a team, adding that the central issue in the discussions would be the ‘miri-piri’ issue of Harmandar Sahib and Akal Takht Sahib.

There has been some development in the issue of Sikh political prisoners in past few months. One Sikh political prisoner (Bhai Wariam Singh) jailed in Uttar Pradesh was granted premature release while two others (Hardeep Singh and Baaj Singh) jailed in Amritsar were grated parole while the process of their premature release is said to be underway.

Interestingly, these persons were apparently released only after the consent of the BJP led central government of India but neither the local BJP units nor the central command of BJP has come forward to claim credit for the move. Moreover the Rashtriya Sikh Sangat (RSS), a Hindutva offshoot, that was maintaining to have had initiated the process for securing release of Sikh political prisoners last year is also silent on present developments.