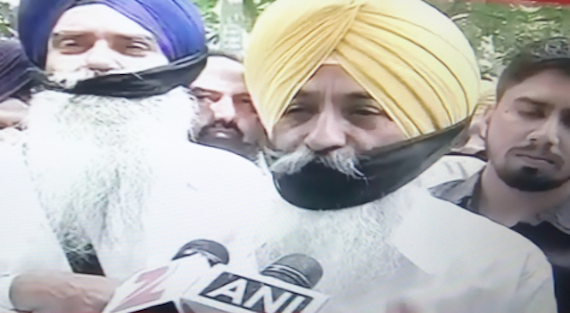 Balwinder Bains speaking to media during the protest

According to a news reported by the Zee (Punjab, Haryana Himachal) the police resorted to lathicharge on the protesters and arrested MLA Simarjit Bains along with other supporters. 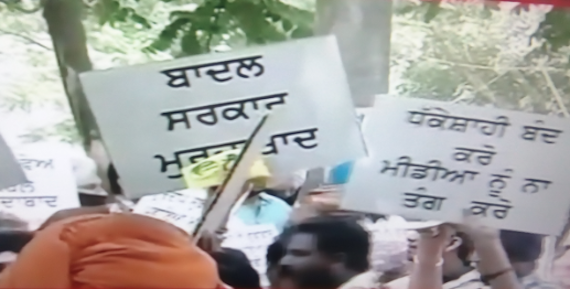 A view of placards during the protest

Speaking to the media MLA Balwinder Bains said that the Shriomani Akali Dal (Badal) led Punjab government was attempting to scuffle the free voices of the media by banning TV news channels from the cable network. He said that all channels, which were critical to the Punjab government’s ‘anti-people’ functioning have been blacked out from the cable network.

MLA Simarjit Bains was reportedly thrashed by the police before being taken into custody. 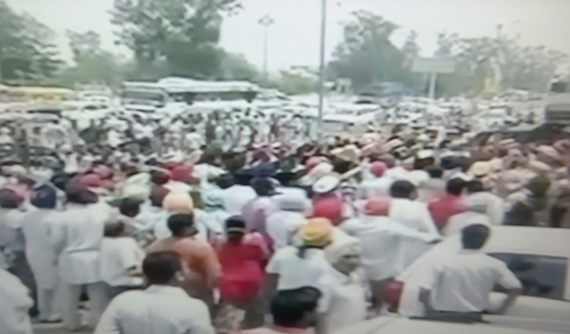 The Zee (Punjab, Haryana Himachal) news channel was being aired on Channel number 57 of the FastWay cable network but it was blacked out few days back.