London: The Federation of Sikh Organizations (FSO) has announced to hold a protest against Rashtrya Swayamsewak Sangh (RSS) chief Mohan Bhagwat during his visit to England. Terming RSS as an alleged terror group, a written statement issued by the FSO representatives states: “[a] protest has been organised against RSS terror group Chief Mohan Bhagwat on Saturday 30 July from 1-4pm at the Hertfordshire County Showground in Redbourn, between Luton and St Albans”.

Gurjeet Singh, Press Secretary of the Sikh Federation UK maintained that the RSS chief has been allowed to enter the UK following Indian government pressure. He alleged that Mohan Bhagwat would spread religious and ethnic hated at a European-wide conference. 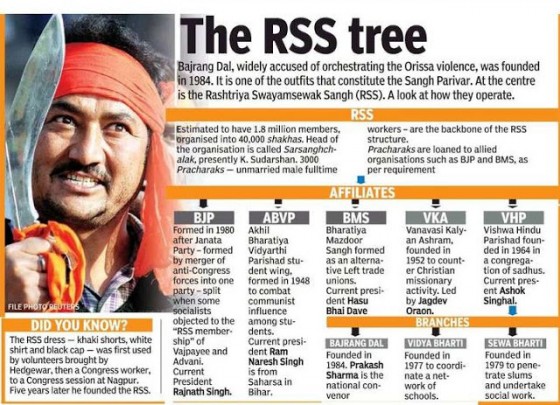 “The RSS is a Hindu nationalist paramilitary group that has been involved in extreme violence, including acts of terrorism and been banned several times in India. This includes when RSS member Nathuram Godse assassinated Mahatma Gandhi in 1948. The most recent ban was in 1992 after the demolition of the Babri Masjid”, reads a statement issued by the Sikh Federation UK.

“The RSS presents a significant threat to religious and ethnic minorities in India with the declaration that they will ensure India becomes a Hindu Rashtra by 2021. Groups like the RSS have an objective of attacking the Sikh faith so it leads to its eventual assimilation and is driving a campaign to convert Muslims and Christians to Hinduism by force. There have been thousands of forced conversions, attacks on Dalits, Muslims and Christians since Modi came to power in May 2014. Intolerance and attacks against women have reached epidemic levels in India”, the statement reads further.

“On 6 February 2014, The Economic Times reported that a web portal of a news magazine has provided audio recordings to substantiate Swami Aseemanand’s claim that terror acts were sanctioned by RSS Chief Mohan Bhagwat. In a series of interviews with The Caravan magazine, Swami Aseemanand pointed towards Mohan Bhagwat’s sanctioning of the Samjhauta Express, Mecca Masjid and Ajmer Sharif blasts” said Gurjeet Singh.

“Since June 2015, the government of India has provided round-the-clock protection to RSS chief Mohan Bhagwat. At Z+ VVIP security cover, Bhagwat is one of the most protected Indians today”, he added.