Chandigarh: In a written statement (copy available with SSN) People’s Union for Democratic Rights (PUDR) has expressed outrage over the Pulwama attack which killed over 40 CRPF personnel on February 14, 2019. PUDR has expressed condolences to the families of the deceased. 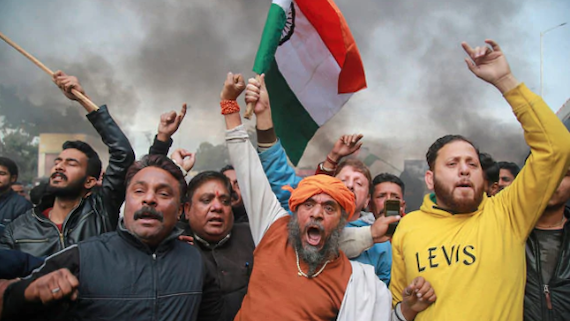 “However, the aftermath of Pulwama has shown rising attacks on Kashmiris in different states, a situation which is extremely worrisome and dangerous, despite a notification advisory by the Home Ministry to all states to ensure the safety of Kashmiris”, the statement issued by PUDR Secretaries Shahana Bhattacharya and Deepika Tandon reads.

“Reports of harassment in Haryana have also been reported. These are not stray incidents but are part of a targeted attacks against Kashmiri Muslims. However, in the last few days, even non-Kashmiris have been handed suspension orders because of their differing views on Pulwama. An employee in a private pharmaceutical company, an assistant professor in a private college in Guwahati and a Deputy News Editor in a well-known news channel have been suspended for their posts over Pulwama”, the statement reads.

PUDR said: “In short, Pulwama is fast becoming the touchstone of patriotism and has already generated a dangerous communal fabric. Within such a fabric, the space for debate, dissent and dialogue is unavailable and anyone who holds a contrary ‘view’ is being punished”.

PUDR has expressed its concerns and apprehensions over this rising tide of nationalism carried out in the name of Pulwama. It has also condemned the knee-jerk reaction of suspensions which are being summarily handed to students and employees.