Punjab: Arrested Kashmiri Students’ Case Handed Over to the NIA

Chandigarh: Citing the inter-state and international ramifications of the case, the Central and Punjab governments handed over the investigations into the case involving the arrest of 3 Kashmiri students to the National Investigation Agency (NIA). The investigative agencies allege that these students were associated with Ansar Ghazwat-ul-Hind (AGH).

The Punjab Police and Special Operations Group (SoG) of Jammu and Kashmir Police has announced to arrest three students from the hostel of CT Institute of Engineering Management and Technology, located in Shahpur on the outskirts of Jalandhar. The police had claimed to have recovered two weapons, including an Assault Rifle, along with explosives. 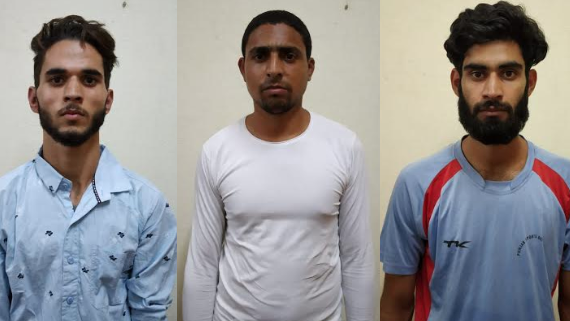 The decision to hand over the case was taken after discussions on the issue between the Punjab government and the Ministry of Home Affairs, according to DGP Punjab Suresh Arora.

“In deciding to hand over the case to NIA, the two governments had also taken note of the fact that after these arrests, two more Kashmiri students were also arrested by the Punjab Police in connection with the Maqsudan Police Station hand-grenade blasts case of September 14. Two of their accomplices were reported to be still absconding”, the release reads further.

Punjab DGP Suresh Arora said the decision to hand over the investigations to NIA was aimed at ensuring speedy and more effective probe into the matter.

In his statement the Punjab police chief has also alleged that the Pakistan’s ISI was trying to revive militancy in Punjab.

The Punjab Police, he said, would extend all necessary support and help to NIA to ensure that the investigations are completed, and the complete nexus of outfits/elements based in India and abroad is identified and broken at the earliest.

The DGP said the state police were keeping a close eye on activities of Kashmiri students.