Chandigarh: The Punjab Cabinet on Wednesday (Oct. 17) approved an ordinance to amend Schedule 1-A of Indian Stamp Act, 1899, to enable increase in the stamp duty rates.

Stamp duty rates for 17 items stand to double following the amendment. According to the Punjab Government the state currently raises Rs 50 crore from stamp duty, which would go up by Rs. 100-150 crores with the increase in rates. 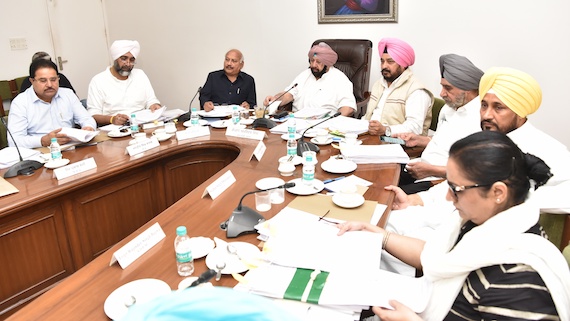 According to a press release issued by CMO: “[t]he Cabinet, under the chairmanship of Chief Minister Captain Amarinder Singh, noted that the new rates were higher than those of neighbouring Haryana but found it imperative to increase the rates to generate the much-needed revenue for the state. The Cabinet also noted that the last revision in the rates was done in 2009”.

The ordinance would now be sent to the Legal and Administrative Affairs Department for its finalization and later to Punjab Governor for its approval.

In another decision, the Cabinet gave its ex-post facto approval with regard to appointment of Controller Governor’s Household, Punjab Raj Bhawan, allowing the post to be filled on contract basis in relaxation of rules that provided for direct appointment. The Cabinet also approved terms and conditions for the appointment done on contract basis.

The Cabinet granted its approval to Group-B Service Rules, 2018, of Punjab Financial Commissioners’ Secretariat. Notably, the Personnel department, on the recommendations of the Fifth Pay Commission, had approved the inclusion of officials drawing a grade pay of Rs.3800/- to Rs. 4900/- in Group B Service. In view of this, the Financial Commissioners’ Secretariat Group B Service Rules, 2018 have been framed so that necessary conditions for service of these officials can be implemented.