That means the amount of Rs 50000 each out of total amount of loan or debt taken will be waived off by the government and the rest will have to be paid by the farmer itself.

State cabinet  on Thursday paved the way for the conditional  waiver, which will benefit 15,890 people who had taken loans up to March 31, 2017, including those who had defaulted on their payments, an official spokesperson said. A total amount of Rs 52 crore will be waived off under the scheme. 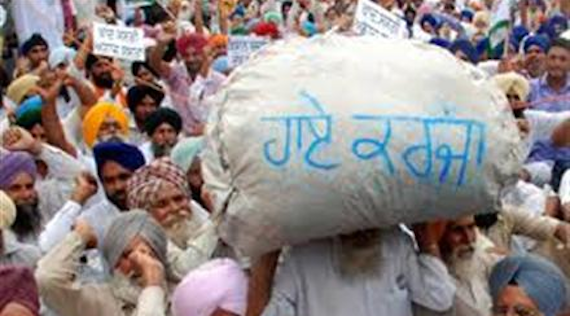 In the case of Punjab Scheduled Castes Land Development and Finance Corporation, there are 14,260 beneficiaries eligible for the conditional loan waiver, with a total financial liability of Rs.45.41 crore. The total number of eligible beneficiaries in the case of Punjab Backward Classes Land Development and Finance Corporation is 1630 and the financial liability involved is Rs.6.59 crore.

Under the scheme, the beneficiaries would be issued no dues certificates only after the repay the balance amount, with interest, minus Rs. 50000 which the government has decided to waive off. The cut-off date would be March 31, 2017 for calculation of interest/penal interest.

Rules and regulations of the corporation would be treated as amended to the extent of conditions of this scheme. If any legal dispute arises under the scheme, then the legal jurisdiction would be Chandigarh courts only.