“Punjab Disappeared” Documentary To Be Premiered in Delhi Today

Chandigarh: A documentary film titled “Punjab Disappeared” will be premiered in Delhi on Friday (April 26). The film will be screened at 5:30 PM in Jawahar Bhawan (opposite to Shastri Bhawan), Dr. Rajinder Prasad Road, New Delhi. 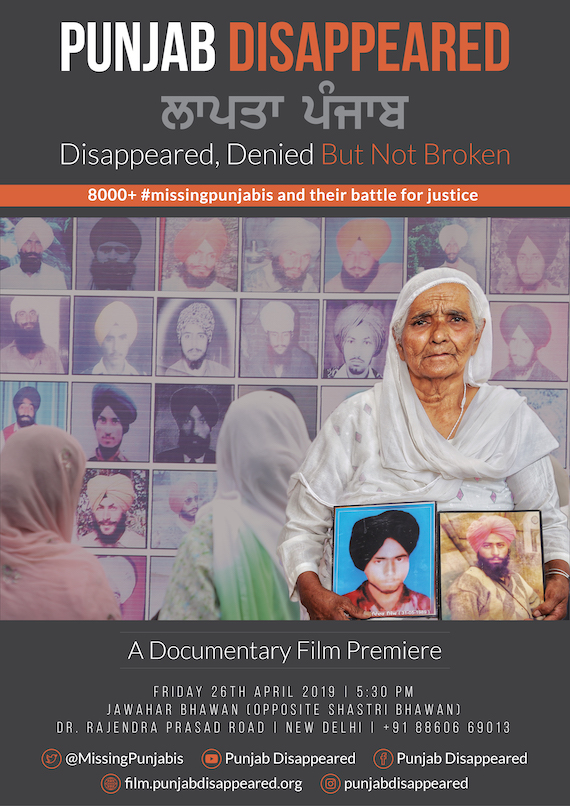 Punjab Disappeared Documentary Premier to be held in Delhi on April 26, 2019