It appears that the government has not given any instruction with regard to private buses so far, where as the state is having more privately owned buses plying on roads with TV sets playing out vulgar songs than the state owned buses.

State’s Transport Minister Ajit Singh Kohar said that the use of vulgar and provocative music in the state run transport buses is banned with immediate effect.

While giving formal directions to the department to stop airing the vulgar songs, Mr. Kohar said that any bus driver violating government’s directive would have to face strict departmental action. 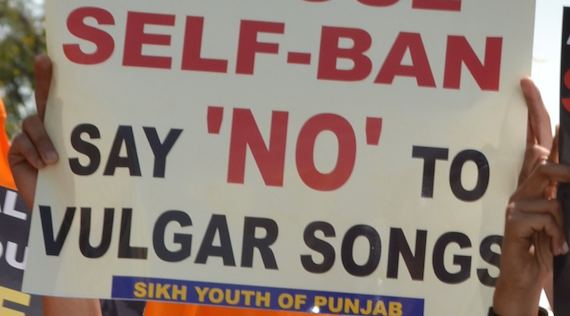 The Minister reiterated that the Punjab government was committed to provide best transport services to its people and it was imperative for the officers concerned to ensure the proper and forceful implementation of the instructions in larger public interest.

Random surprise checks would be conducted by a specially constituted committee to check the use of provocative music in the buses, said the minister. He also said that the frequent use of vulgar and loud music in the buses not only generates mental pollution amongst the passengers but instrumental in fatal accidents occurred due to distraction of the drivers.

This type of music goes contrary to both the rich cultural heritage of the state and also the dictate of the independent state level censor board which was especially constituted to check vulgarity in the Punjabi songs. The minister also urged the general public to contact him personally if they come across anything erroneous with regard to the transport facilities extended to them by the Punjab Government.