Chandigarh: The Shiromani Akali Dal (Badal) and the Shiromani Gurdwara Prabhandak Committee has critisied the Congress party led Punjab government for revoking the holiday on the occasion of Khalsa Sirjana Dihara (Vaisakhi).

In the list of holidays for 2018, recently issued by the Punjab government, the Baisakhi is not excluded from the list of Gazzetted holidays and it is included in restricted holidays. 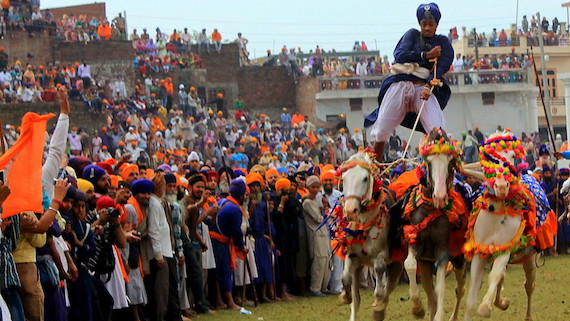 Taking a dig at the Congress government, SAD (B) chief Sukhbir Badal said: “By doing so, the Congress has again rubbed salt over the wounds of the Sikh community which will never tolerate attack on its religious tradition and practices.”

Demanding immediate rollback of the decision, SAD (B) chief alleged that it was shocking that the Congress tried to belittle the historic significance of Vaisakhi when Guru Gobind Singh created the Khalsa Panth in 1699.

Such decisions should have been taken after due consultations.

“There is also resentment over cutting of holidays on the martyrdom day of Guru Teg Bahadur, installation day of Guru Granth Sahib, Mahashivratri and Eid-ul-Zuha,” he added.