Sources said that the state police has been conducting raids to arrest Sikh activists at various places. According to Zee (Punjab, Haryana Himachal) the police has arrest many Sikh activists in Patiala and tight security arrangements have been made in and around the city. 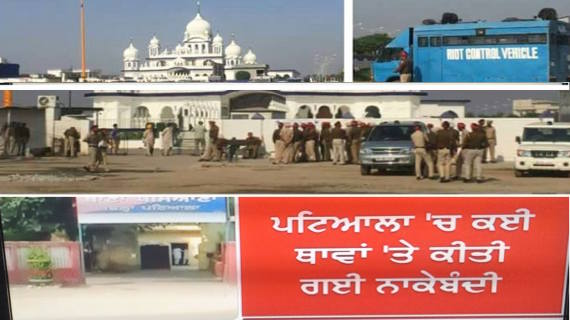 [T]he police forces arrived at Gurdwara Parmeshar Dwar Sahib and put Bhai Ranjit Singh Khalsa Dhadrianwale under house arrest this morning. Other active Singhs from the area have been picked up by Police from their homes. Baba Daler Singh Kheri Wale are also under house arrest. Police have visited the house of Bhai Harjinder Singh Majhi and arrested his father.

It must be noted that at the 25 October 2015 Bargari Shaheedi Samagam, nine resolutions were announced by the Panthic Jathebandia, leaders and Parcharaks in relation to the incidents of Beadbi of Sri Guru Granth Sahib Ji. The ninth resolution gave an ultimatum to the Punjab Government to fulfil the explicit demands by 15 November 2015, failing which Sikhs would start protests specifically aimed at surrounding Akali Dal MP’s/MLA’s and SGPC members.

Bhai Ranjit Singh Khalsa Dhadrianwale had reaffirmed the resolution at yesterdays Diwaan in Phagwara and had said this resolution would be implemented as planned if the Government failed to meet the Bargari demands by the end of today.