Chandigarh: Sikh Religious preacher and “appointed” jathedar of the Takhat Damdama Sahib Bhai Baljit Singh Daduwal was arrested by the Batala police from Qadian on Sunday after, what police officers alleged, he delivered a provoking speech against the state government at a public function held at Thikriwal village, 5 km from Qadian, on Sunday. 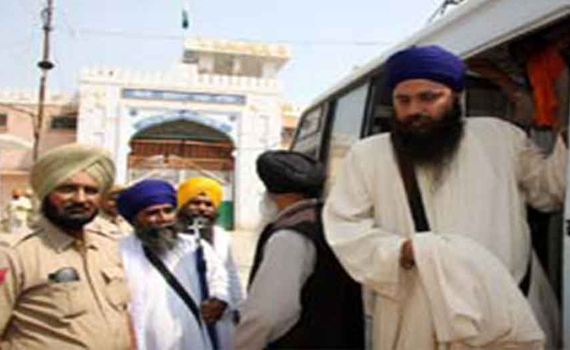 As per the media reports the conflicting versions of both the cops and eyewitnesses are coming out which makes his arrest a very perplexual case.The police say he was arrested after he could not satisfactorily reply to some questions put to him by the Qadian SHO at a check-post.

On the other hand eyewitnesses say that Daduwal was picked up from his Qadian residence. Daduwal’s aide Jagmeet Singh, too, was arrested and sent to jail.

Media while reffering to the undisclosed sources stated that the police police allegedly bypassed the mandatory medical examination and sent the preacher directly to Gurdaspur jail amid high security.

This rule was allegedly done away with as the cops whisked him away to the jail after registering a case at the Qadian police station under Section 107/151 Cr. P. C.

Moreover, the Batala SSP Manmohan Sharma said that the medical examination had been performed.

The Tribune has referred to a police official who reportedly said on the condition of anonymity that Bhai Daduwal had been taken into preventive custody as he was to go to Patna to attend the ongoing 350th Parkash Gurpurab Samagams of Guru Gobind Singh Ji.