Chandigarh: The Punjab unit of the Trinamool Congress released its second list of 10 candidates for the Punjab election 2017 here today in a press conference held at party office in Chandigarh.

Whilst addressing the media persons Jagmeet Singh Brar confirmed that a third list can be expected soon and that the Trinamool Congress may field candidates on up to 40 seats. He also floated the concept of a ‘consensus candidate’ for the Amritsar Lok Sabha ByPoll and said “The TMC will be releasing another list of candidates very shortly and in the coming days we are also hopeful of developing a consensus among all parties to put up a joint consensus candidate against the NDA in Amritsar so it may be seen as a referendum on Modi’s notebandi”

In a press note released by the media cell of the party Jagmeet Brar stated that the TMC will campaign on 5 core issues – Rise of Crime & Drug Menace, Punjab’s Agrarian Crisis, the Controvertial SYL canal, Social Justice & Unemployment and Modi’s dictatorial demonetization. 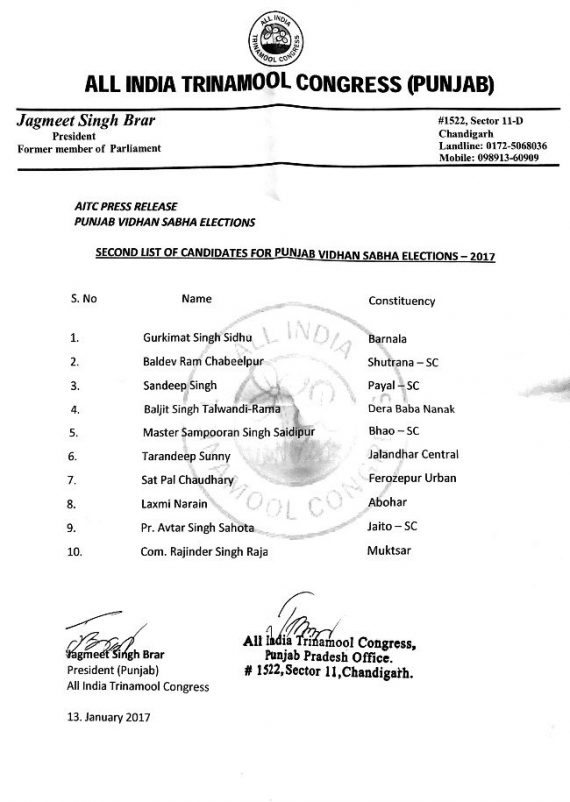