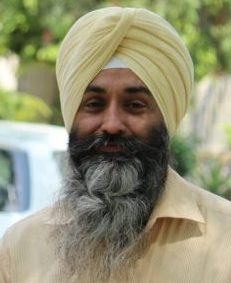 The issue of Sikh political prisoners is in focus once again. There have been few developments in this regard in past few months and three Sikh political prisoner who were sentenced to imprisonment for life were granted premature release. Prof. Devender Pal Singh Bhullar and Gurdeep Singh Khaira were transferred to Amritsar jail from Tihar Jail (Delhi) and Gulberga Jail (Karnataka) respectably. They were even granted paroles after their jail transfers.

Punjab government says that it was not able to permanently release the concerned Sikh political prisoners as Punjab does not have any provision for permanent parole.

Unlike some other States, such as Rajasthan, Punjab’s legislated rules for parole only allow 2 weeks, 4 weeks or 6 weeks parole depending on the reason a prisoner is being given temporary release for. A prisoner being given temporary release for good conduct can be given parole on a number of occasions but each time the prisoner has to go back to jail after the parole period. This can be 2 times or 20 times. If even after 20 times a prisoner has behaved well and there has been no cause for authorities to be concerned, it seems harsh to keep on putting the prisoner back in prison harassing families and stopping the person from starting life afresh.

In fact, even after two or three times parole a prisoner deserves to be considered for permanent parole. Parole after all is not the same as permanent release or end of sentence. It carries conditions that the authorities impose. These can be anything from not leaving home to not engaging in any illegal activity. If the person has shown on two or three occasions that they abide by the parole rules, then why not give the person a more liberal permanent parole on good conduct.

It is the system that is holding matters up. Short of a full amnesty, the release of political prisoners is a process that could drag on for another year or more, given the extensive bureaucratic rules of India. If they are a hindrance in Punjab, they can be even more obstructive in the centre.

But there is a way forward. Punjab can break this logjam and speed up the process by giving itself the power through legislation to release prisoners on permanent release on grounds of good conduct. The Rajasthan Prisoner Release on Parole Rules, 1958 permit the Rajasthan State authorities to release good conduct prisoners on permanent release under section 9. This states:

‘If during the third parole also the prisoner has behaved well and his character has been exceedingly well and if the prisoner’s conduct has been such that he is not likely to replace into crime, his case may be recommended to the Government through the 3 [State Committee] for permanent release on parole on such conditions as deemed fit by the Superintendent Jail and the District Magistrate concerned; the Chief condition among them being that if the prisoner while on parole commits any offence or abets, directly or indirectly, commission of any offence, he has to undergo the unexpired portion of the sentence in addition to any sentence imposed upon him by reason of such an offence.’

The prisoner does not have to go through court to get permanent release. The State Government itself can do so by recommending through a board.

If Punjab also gives itself this power, the issue of Sikh political prisoner will start to move forward with some speed. This is why some of us have petitioned the Honourable Deputy Chief Minister seeking an amendment in The Punjab Good Conduct Prisoners (Temporary Release) Act 1962 to insert the word Permanent Release in it.

Political prisoners who are no longer seen to be a threat to the State should not be permanently deprived of an active civilian life if they have complied with all the good conduct requirements. Just because they have been given long prison sentences or life sentences, the State does not need to keep on releasing them for short period only to be put them back in prison. After all, the purpose of a sentence is to protect society. If the person is no longer a threat, why keep him in.

This legislation will empower the state government to grant release to many persons who have served decades in prisons. It will also help many other families reunite where the prisoner has shown all signs of wanting to be rehabilitated in society. In fact it will be an incentive for many prisoners to work towards good conduct.