Punjab: Zila Parishad and Panchayat Samiti Elections to be held on Sepetember 19

Chandigarh: The State Election Commissioner, Punjab, Mr Jagpal Singh Sandhu here today announced the schedule for the elections of 22 Zila Parishad and 150 Panchayat samitis. With the announcement of the schedule, the ‘Model Code of Conduct’ has come into force immediately in the State. The Code of Conduct would be in force till the completion of the electoral process. 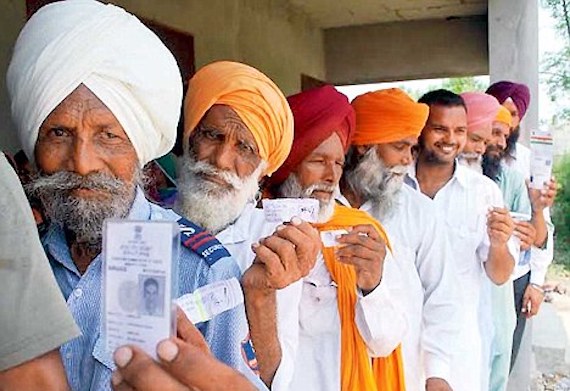 Mr Sandhu also said that the voter lists of the Zila Parishad and block Samitis had been updated with qualifying date of 01.01.2018.  He appealed to all the voters to participate in the voting process with full zeal. There are 6688245 male, 6099053 female and 97 third gender voters totalling 12787395 registered voters in the state for these elections.

Commission has established 17268 polling booth and 86340  personnel will be put on election duty.