As per ABP News Gurpreet Ghuggi also invited Navjot Sidhu, who judged him in the show laughter challenge, to join the Aam Aadmi Party. 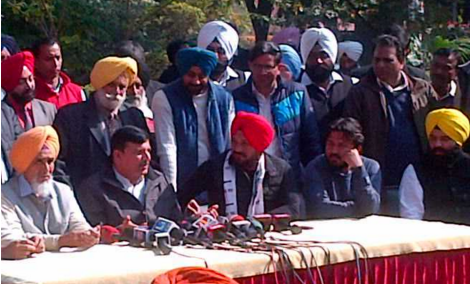 “If Sidhu ji takes some sound decisions it will benefit the state of Punjab. We will invite sidhuji in AAP, would want him to lead us as he is our senior,” ABP News quotes Ghuggi.

On joining the AAP, Punjabi comedian said that farmer’s plight and dismal condition of common man in Punjab forced him to join politics.

“Pictures and stories of farmers committing suicide saddened me every day. Drugs, killer roads and apathy of the government forced me to join the AAP revolution”, Ghughi reportedly said.

Gurpreet Ghuggi said he will concentrate on the Majha region of Punjab.