“I feel privileged to be coming back to Surrey and look forward to working closely with the community to enhance public safety in our city,” Gill was quoted as saying. 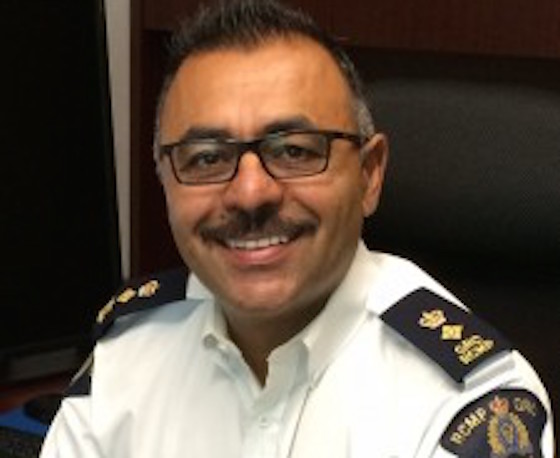 “I am fortunate to have this career in the RCMP and I acknowledge my parents for the significant role they have played. Had it not been for their courage and sacrifice in immigrating to Canada in 1969, I would not have been in the position that I am,” Sharnjit Gill added.

He moved to Investigative Services later and worked in the Burglary and Serious Crime Units for next 15 years.

Sharnjit Gill has won many accolades while in services. In 1997, he was awarded officer in charge certificate of recognition for his role in the arrest and conviction of two serial sex offenders.

In 2009 he was conferred Long Service Medal for completing 20 years of service with good conduct.

In 2012, he won Queen Elizabeth II Diamond Jubilee Medal for his role as the Team Commander in charge of the pipeline bombings investigation in Columbia.