Chandigarh: Punjabi singer Diljit Dosanjh’s new song “Patiala Pegg” has invited strong criticism from various circles on over Facebook and other social media networks. Term “Patiala Pegg” is taken to mean as a large glass of neat liquor and many sections believe that Diljit Dosanjh’s song tends to encourage the tendency of ‘alcoholism’ in Punjabi society.

Drugs and alcoholism is a major problem faced by contemporary Punjabi society but there is barely any Punjabi singer who does not promote this tendency. 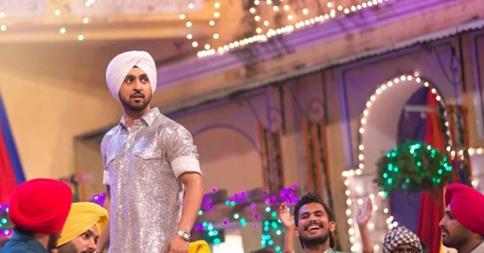 A news reported by PunjabUpFilms notes: “Famous Punjabi singer turner actor Daljit Disanjh’s latest song “Patiala Pegg” has sparked controversy over social media networks. Where as the fans of Daljit Dosanjh are “enjoying” the song, the social activists and ‘concerned’ sections of Punjabi society have raised alarm against the ‘message’ which “Patiala Pegg” tends to deliver”.

“The song is preceded by a sequence of shots which shows that a former girlfriend of lead character of song (played by Diljit Donajh) arrives in a wedding with her new fiance. In song Diljit Dosanjh says that he takes “Patiala Pegg” (large pegg of alcohol) and do not bother about his breakup” notes PunjabUpFilms report.

→ Punjab women up in arms against cultural pollution by Punjabi singers

The report further notes: [i]n a serious response to “Patiala Pegg”, the Sikh Voice, said that artists like Diljit Dosanjh should think about ruined state of Punjab’s youth before promoting alcoholism. The Sikh Voice in an audio release addressed to Diljit Dosanjh says: “you are promoting such an element that has ruined lives of enormous youth in Punjab”.

On the other hand Fans of singer turned actor are reacting sharply to the criticism of Diljit Dosanjh over “Patiala Pegg”. Some even went to defend Diljit Dosanjh and his song “Patiala Pegg” saying “all Punjabi singers are singing songs promoting consumption of liquor but why people raise objections only to Diljit’s songs?”.

Some others are of the view that listeners should ‘enjoy’ the song and should not bother about criticism. A large section of Diljit Dosanjh’s fans, mostly teenagers and youth, says there was nothing bad in promotion of “Patiala Pegg”.

A number of videos shared on Diljit Dosanjh’s Facebook page show that the song had it’s impact on youth, including teenagers. An analysis of videos featuring youth, including young girls, singing “Patiala Pegg” shows that the viewers/ listeners have taken an impression that taking large glasses of liquor in as ‘positive’ gesture.

Social analysts are of the view that this type of songs would further worsen the situation of drugs and liquor abuse in Punjab as ‘evil’ is projected as ‘angles’ in these type of Songs. Many agreed to the notion that acceptance of this type of songs in Punjabi society is a sign of degenerated status of contemporary society.