Melbourne:  As per the media reports emanating from Australia a 25 year old taxi driver of Punjabi origin was here on last week assaulted and knocked unconscious by two passengers, including a woman, who also yelled racial slurs at him. 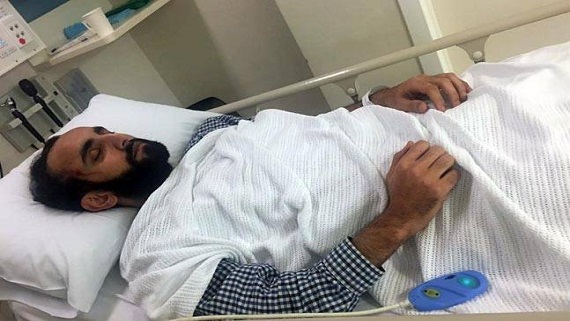 Pardeep Singh, who is studying hospitality in the country, was beaten at the Sandy Bay McDonald’s drive-through in Australia’s island state of Tasmania on Saturday night.

In his statement to a local print Pardeep Singh stated that he was attacked when he asked his passenger to step outside the cab because she was going to vomit.

“If you mess up the car you have to pay a cleaning fee,” he told the passengers at that time.

Furthermore, he alleged that the woman passenger told him in an expletivefilled rant that she wouldn’t pay the fare or the cleaning fee.

“They punched me too many times and kicked me,” Singh said. “[They said] ‘You f ….. g Indians deserve this’,” reports The Mercury.

The victim was admitted to the Royal Hobart Hospital.

“Inspector Ian Whish-Wilson said a man and a woman have been charged in relation to the assault on Singh. They will appear in the Hobart Magistrates Court on June 26”, notes a report in The Telegraph.

“It is alleged that the driver asked the passengers to leave his taxi after one of them was sick,”The Telegraph quotes Wilson.

“There was a dispute over payment and it is alleged the passengers assaulted the driver and damaged the vehicle, reads a quote from report published in The News Minute.