He also pointed out that Punjab CM Parkash Singh Badal and Deputy CM Sukhbir Badal have been issuing opposite statements in relation to the issue of Sikh political prisoners which, he argues, shows dual standards adopted by the Badal government. 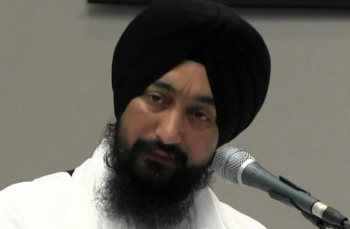 “Punjab CM says that he has raised the issue with the Indian Home Minsiter Rajnath Singh seeking release of Sikh political prisoners, whereas Deputy CM Sukhbir Badal says that Punjab government could do nothing to get Sikh political prisoners released. Why the socalled Panthic government fails to take a clear stand on this issue?” asked Bhai Wadala.