Amritsar: The Punjab police have reportedly apprehended Raghi Bhai Baldev Singh Wadala. He was taken into custody by Amritsar police at around 3 am today.

His companions told Sikh Siyasat News (SSN) that the reasons behind the police action were not known. More Details were awaited at the time of writing this news. 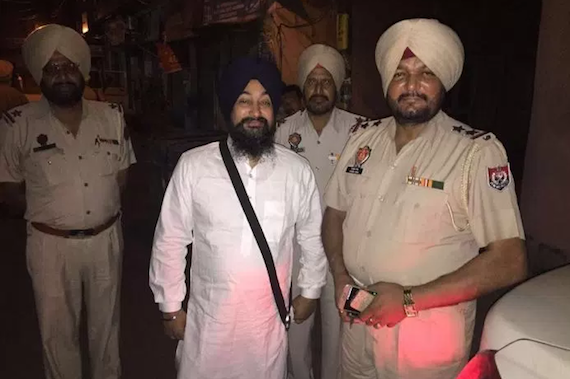 Notably, Bhai Baldev Singh Wadala was opposing the ‘misdeeds’ of ruling regime of the SGPC for past few months. He had launched an agitation against appointment of a Chief Secretary with huge salary and perks by the SGPC. He had termed the appointment as ‘unnecessary’ and ‘politically motivated’. His services as ‘Hazoori Ragi” of the Darbar Sahib were later terminated by the SGPC.