Amritsar: Hazoori Ragi Bhai Baldev Singh Wadala who had led protests against the appointment of Shiromani Gurudwara Parbandhak Committtee (SPGC) chief secretary at a salary of Rs 3 lakh per month has reportedly been transferred to Jind (Haryana) as “punishment”.

As per media reports the transfer order issued by manager of Darbar Sahib on September 11 said he was being sent to Jind as punishment for “speaking against the organization and indulging in indiscipline”.

The order also mentioned that he was being transferred at the directions of SGPC president, notes a news in Times of India (TOI). 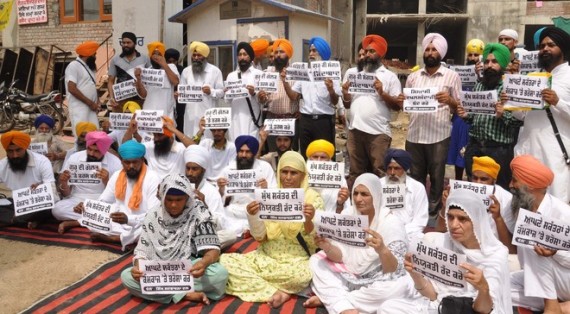 Bhai Wadala is reportedly asked to report at Guru Nauvin Patshahi Jind by next day and mark his attendance for the day there. He was relieved instantly.

“I received the orders through a messenger late evening on September 11 and no time was given to me. I started in the wee hours of September 12 and reached Jind in the forenoon to mark attendance,“ Wadala reportedly told TOI on Sunday evening.

“I am here for sewa at the place of guru­be it Darbar Sahib Amritsar or Gurudwara Nauvin Patshahi. My loyalty is to the guru, guru’s principles and not towards the SGPC as an institution and any individual. I have been speaking out in the past and would keep raising my voice if any issue concerning the community arises,“ he said, and adding, “I would still say that the appointment of chief secretary is uncalled for,“ he added.

Notably, the SGPC recently appointed former banker Harcharan Singh as Chief Secretary despite opposition from various Sikh circles. Opponents had been terming creation of chief secretary’s post as an “unnecessary” move, adding that the appointment was being made to serve interests of Shiromani Akali Dal (Badal).