Chandigarh/New Delhi: The Punjab Cabinet is set for expansion tomorrow, with Congress President Rahul Gandhi giving his “approval” to the induction of nine new members into the Council of Ministers.

Seniority was the key criteria in the selection of the new ministers, said Chief Minister Captain Amarinder Singh, after his second round of discussions with Rahul Gandhi on the issue. 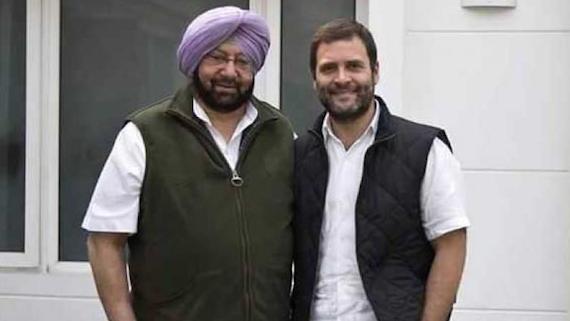 The new ministers, all in the cabinet rank, will take their oath at a swearing-in ceremony scheduled to be held in Chandigarh at 6 p.m. on Saturday. Their portfolios would be announced later, according to an official spokesperson.

Capt. Amarinder Singh said it had also been decided to elevate Ministers of State Razia Sultana and Aruna Chaudhary to the cabinet rank, and they too would take fresh oath during tomorrow’s swearing-in.

He said he had given his recommendations to the party high command during the course of their meetings, spread over two days.

The Chief Minister said the expansion of the cabinet would infuse fresh dynamism into the government, as the workload of the state’s nearly 40 departments would get divided among 18 members, including himself.

While Sukhjinder Singh Randhawa was elected from Dera Baba Nanak, Sukhbinder Singh Sarkaria is an MLA from Raja Sansi. Both of them are 3-time MLAs.

Vijay Inder Singla, who was elected to Parliament earlier in 2009, won the state assembly elections from Sangrur last year. Bharat Bhushan Ashu, who represents Ludhiana West, is a 2-time MLA and is a former Deputy Leader of the Congress Legislative Party.

Sunder Sham Arora, elected to the Assembly for the second time, is MLA from Hoshiarpur, while O P Soni, representing Amritsar Central, has the distinction of being an elected member of the state assembly for a total of five times.

Besides Rahul Gandhi, senior Congress leaders Harish Chaudhary and Asha Kumari, along with Punjab Congress president Sunil Jakhar were present during the discussions, said the spokesperson.