Chandigarh: More than three decades have passed since thousands of Sikhs were brutally killed throughout Indian sub-continent in November 1984 genocidal violence against the Sikhs. The impunity granted by the Indian state to the culprits of this state-sponsored genocide is an established fact now.

The Indian government on the one had continue to deny the fact of genocide but on the other hand talks about rendering justice to the victims. 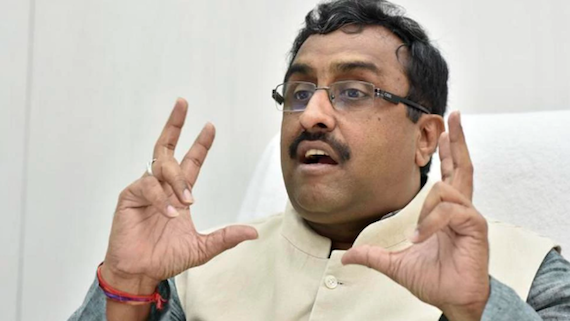 Various governments in India appointed 11 commissions and committees over time to inquire into the 1984 related cases but none served justice to the victims or nailed the perpetrators or the culprits.

Citing yet another commission appointed by the BJP led NDA government to look in some cases related to November 1984 genocidal violence against the Sikhs, Bhartiya Janta Party (BJP) General Secretary Ram Madhav has reportedly said that the BJP-led NDA government will render justice to the victims.

According to a news in The Print, Ram Madhav said in recently Washington that Justice Dhingra Commission is actively looking into 186 serious cases of crime against the Sikh community in 1984 and a number of FIRs have been filed again.

It is notable here that the he is representing the same government in India that had opposed the passing of Sikh Genocide 1984 motion in Ontario provincial parliament few months back.