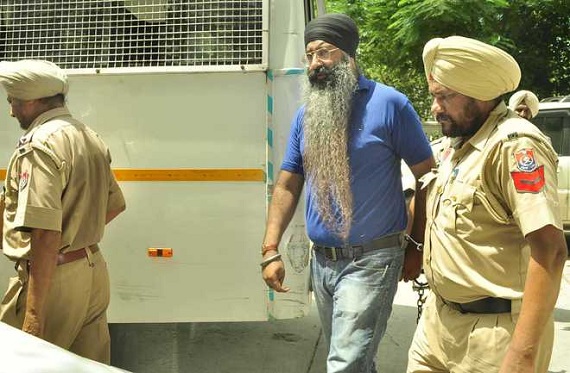 Ramndeep Singh Goldy was  facing trial under Section 15 of the Unlawful Activities Prevention Act (UAPA) and Section 4 and 5 of Explosives Substances Act.

Ramdeep Singh Goldy was apprehended from Thailand in November 2014 as the law enforcement agencies of Thailand and Malaysia assisted the Punjab police,  He was later deported to India.

Moreover, four other accused — Harminder Singh, Jaswinder Singh, Manjinder Singh and Gurjant Singh — were acquitted by the court in the case in 2014 after the prosecution failed to prove charges against them, said media sources.

Ramandeep Singh Goldy’s  lawyer Barjinder Singh Sodhi said his client’s name was added on the statements of earlier acquitted accused during investigation, but the police theory fell flat in the court. “Goldy’s name was not mentioned in the first information report. The forensic reported submitted by the police failed to build any concrete evidence against my client,” Barjinder Sodhi said.