Notably three persons were arrested for committing the beadbi of Guru Granth Sahib at Ramidiwala Musalmanan village near Mattewal in Amritsar district on intervening night of 11 and 12 March. 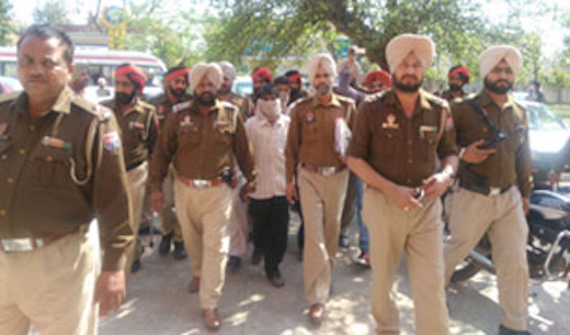 Accused being produced in court at Baba Bakala Court Complex

As per reports one police personnel received minor injury on his hand during the incident.

The court re-sent the accused persons to five days police remand and they will be reproduced in the court on March 18.

The Sikh sangat, all over the world, have been grieved and outraged by incident of beadbi of Guru Granth Sahib.