Chandigarh: Dal Khalsa’s youth wing the ‘Sikh Youth of Punjab’ (SYP) today warned the Punjab and Chandigarh administration to rein-in the ABVP as these elements are hell bent to disturb social fabric of the society.

The goons of ABVP under the patronage of their political bosses in power (read BJP), were threatening students and their critics who have spoken against their goondaism, said SYP head Paramjit Singh Tanda and reiterated their groups resolve ‘not to tolerate any non-sense by these lumpen elements in Punjab. 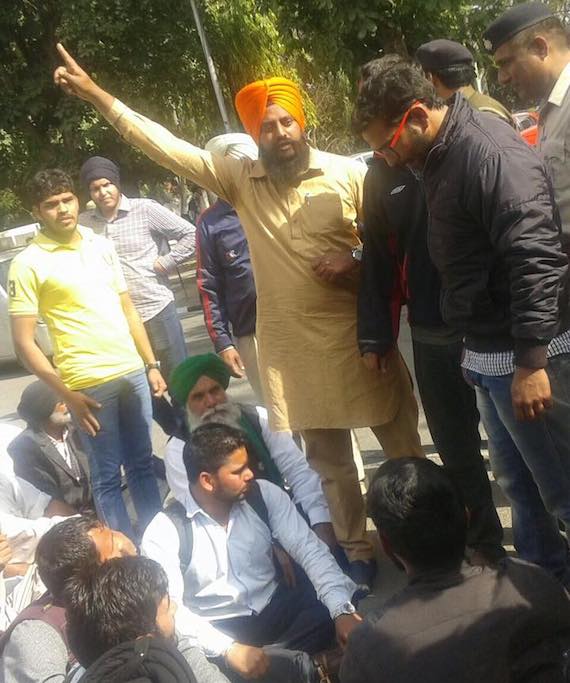 Paramjit Singh along with scores of other youth activists was detained by Chandigarh police at sec 39 while they were trying to enter the Punjab University to participate in the Seminar “Rising ahead of fascism” being organized by Students for Society (SFS). All the 48 activists from different groups were released later in the evening. 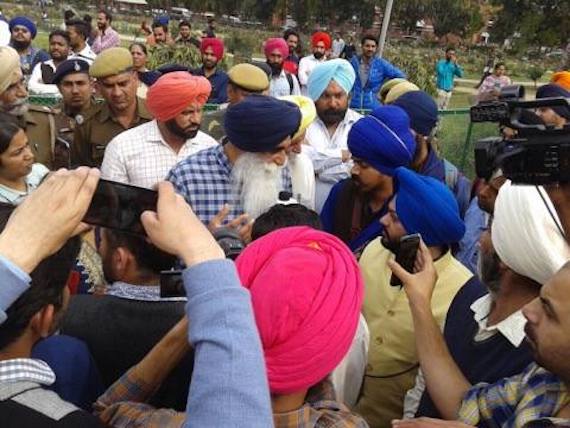 Dal Khalsa leader H S Cheema along with other members succeeded in participating in the seminar organized by SFS in the campus. He addressed the seminar and vows to take the fight against fascists forces to its logical conclusion. 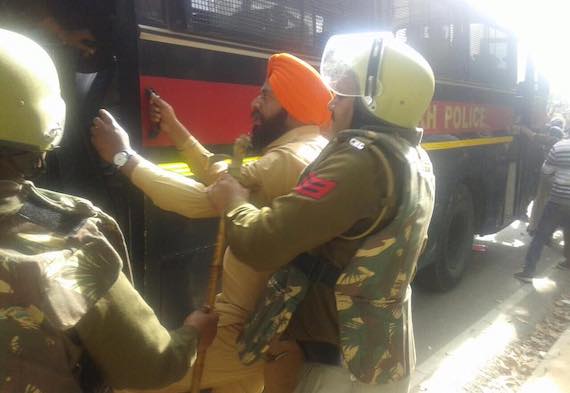 Referring to President Pranab Mukherjee remarks that there should be no room in the country for the “intolerant Indian” as this nation has been a bastion of free thought, speech and expression since ancient times, Dal Khalsa head said the President should do more than the lip service. “The President should direct the Prime Minister to take suitable action against Haryana’s Minister and BJP leader Anil Vij who has branded the supporters of Delhi University student Gurmehar Kaur with pro-Pakistan brush. The minister has a wishful thinking that all those who endorsed Gurmehar Kaur’s crusade against ABVP’s fascist agenda should be thrown out of India,

Cautioning the President about the volatile situation, he said the BJP ministers in Punjab, Haryana and at Centre are openly supporting and encouraging these lumpen elements and their dirty politics.