Amritsar: Firing a salvo against Gaini Gurbachan Singh- who is accommodated as ‘jathedar’ by the SGPC, for repeatedly be-fooling the sangat and trying to be over-smart, the Dal Khalsa said the time has come to cleanse the religious institutions from such corrupt and disgraced persons. 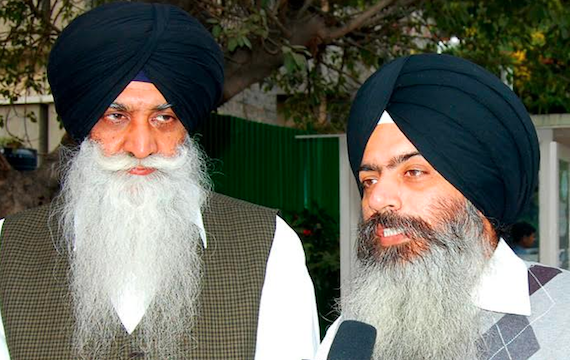 In a hard hitting statement, they said these Jathedar’s can’t dare to question the Akali candidates who not only visited the dera to beg for votes in violation of Hukamnama but committed blasphemy in promising to felicitate their ‘charcha’ in Punjab. “For 72 hours Gurbachan Singh kept quiet and the moment the polls were over, he opened up his mouth”. This speaks of his deceitful nature, said both.

They said Jathedars’ call for probe and lip service to take action against the violators was nothing but eyewash. They observed that Sikh electorate has already given their verdict against Badals for their wrong-doings including hobnobbing with the dera Sirsa.

They said the might of the state under Akali rule was protecting Gurbachan Singh and his two co-colleagues from Sangat’s ire. “Once Badals are out of power, Giani Gurbachan Singh and others who are backed as ‘Jathedars’ by the SGPC will have to face the anger of Sangat, in case they won’t quit voluntarily by then”.

Holding responsible for denigrating the credibility of the office, they said Gurbachan Singh has been occupying the office immorally despite being rejected by the sangat after his faulty decision to pardon Sirsa dera head. They reiterated that the call to boycott of these persons given by Panj Piyare’s and Panthic organizations stand intact.