Chandigarh: Welcoming convicted Congress leader and Sikh Genocide 1984 convict Sajjan Kumar landing in jail for life for committing inhuman crimes, the Dal Khalsa, in a a statement hoped to see all conspirators of the November 1984 killings brought to justice in 2019.

Justice is not a concession and in the present case it has been given out too late, at a time when the aggrieved families had almost lost all hopes to see the perpetrators behind bars, said party Dal Khalsa spokesperson Kanwarpal Singh. 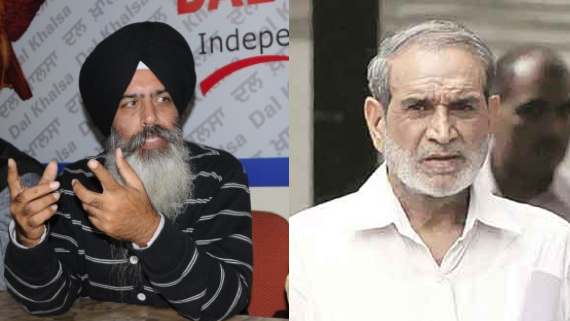 Seeing some of the big fish land in the net of justice and go behind bars, it gives a sense of relief to victim families fighting for justice since 34 years, he observed.

Releasing the party statement, he said, that justice has eluded in hundreds of cases where frenzied mobs orchestrated by then Indian PM and Home Minister Rajiv Gandhi and P V Narsima Rao killed Sikhs.

Dal Khalsa endorsed the call for honouring lawyers including Harvinder Singh Phoolka for their unwavering contribution to the cause of justice all these years.

The Congress government of those times not only engineered the massacre but also obstructed the law to take its own course by not registering FIR’s against its own so-called VIP leaders. Realizing that the then government is patronizing the perpetrators, the Sikh militants on their own avenged the massacre of hundreds of innocent Sikhs.